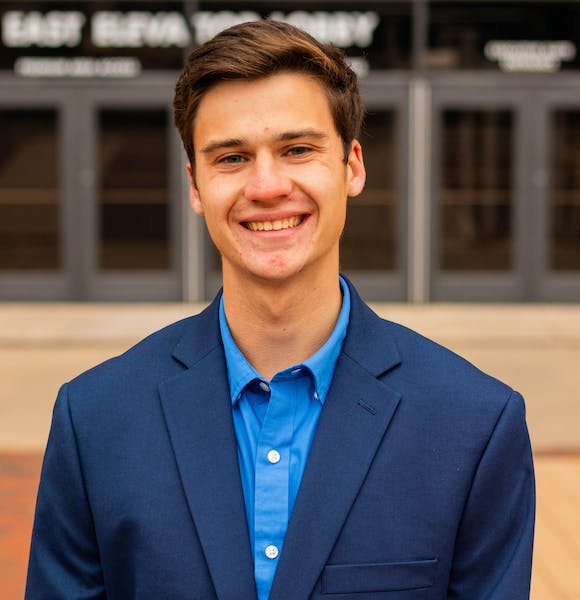 Like many people, Avery Arasin has discovered a new hobby during the pandemic. A year and a half later, this hobby has turned into a BA? (BAE), a Tinder-like dating app aimed at connecting college students for fraternity and sorority events.

Arasin, a finance junior, wanted to diversify his skills and started coding in March 2020. In October, he spent over 300 hours practicing his new hobby, and in February, he started developing his first app.

“The app to find formal dates, function dates. Basically a simple way where everyone on the app is looking to be a formal date or for their own formal date. that’s how ‘Arasin describes the application.

BA? took about 6 months to develop, with Arasin as the only person working on the app. On September 11, 2021, the app went public on the App Store. Arasin says that despite the challenges of learning to code and building an app from scratch, he was still surprised at the work involved.

“It ended up being a lot more complicated than I thought it would just be because of the type of application I created. There were so many databases I had to deal with,” Arasin said.

Arasin is using lessons learned from his self-proclaimed side project to help his company, Orange Eagle Consulting, which helps companies optimize their database.

Although not into Greek life himself, Arasin says the idea came from his sisters complaining about having to find dates for their sorority events, and when a close friend of his was coding his own app. dating, the idea of ​​BA? came to life.

With the app now attracting a user base of over 1,600 users across 103 campuses just 3 months after the app started, Arasin says the main challenge is to connect with more Greek organizations.

Fortunately, Arasin used two tools to help its app grow. Social media and word of mouth within the Greek life community. The app’s Tik-Tok, @baedate, has racked up over 2,000 followers, 135,000 likes, and several videos getting thousands of views.

Many comments ask if they can add their campus to the app, which Arasin is more than happy to do to grow their user base. Arasin then hopes to be able to connect with Greek campus organizations and present his application at sorority or fraternity meetings, either by traveling himself or by hiring campus ambassadors where he can.

And as with anything online, negative reviews do exist;

“Not everything needs an app.” says a commentator

At the end of the day, however, BA? is a side project for Arasin, a showcase of skills meant to advance his career after college. Despite spending so much time on the project, Arasin hopes to one day hand it over to a bigger company that can help him market his idea to a wider audience.

“I would like to get a proof of concept and go to a company that already has a big marketing presence or in the right demographics, like Barstool Sports,” says Arasin.

Although he’s not completely married to the dating app, it served as an important lesson for Arasin.

“It taught me that if you have a great idea and create something, people will join in.”

Column: Commodity prices are expected to be hit by a slowdown before the end of 2023: Kemp