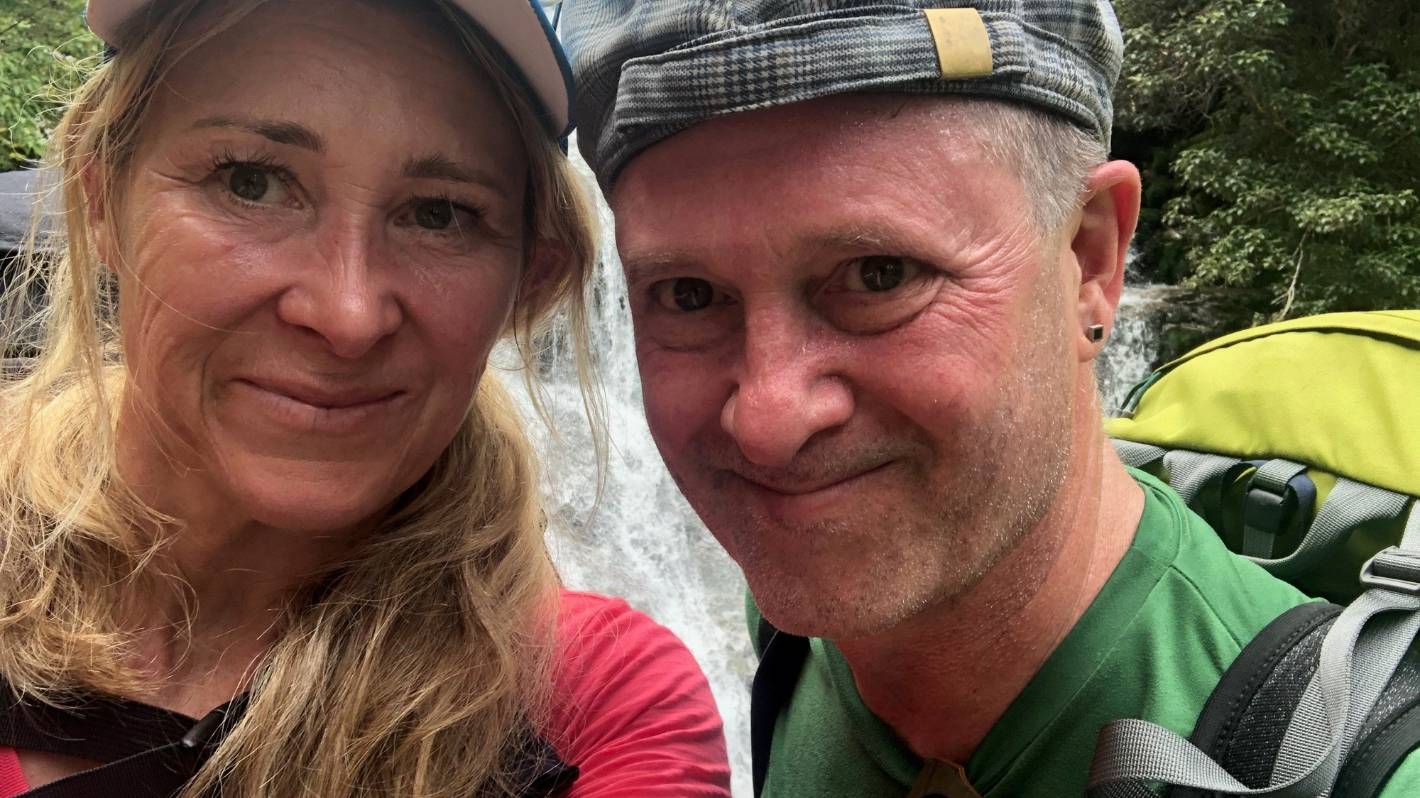 Amanda Kidd, pictured with her partner Stephen May. Kidd died after an incident at a West Auckland quarry.

The death of a ‘phenomenaly warm’ woman at an Auckland quarry was a ‘freak accident’, her partner says.

Amanda Kidd, 50, died on April 4 after an incident at Urban Quarry in Henderson. She was unloading a dumpster full of soil at the end of her working day.

Her partner Stephen May, who started dating Kidd in late 2020, said the exact details of what happened were unclear but it was a “freak accident”.

May said he connected with Kidd over their shared love of travel and languages. In 2021, she bought a house she was renovating in Bayswater on Auckland’s north coast.

“He was an incredibly warm and engaging person,” May said.

“She had spent 30 years working in the marketing industry, but was fed up with the rampant sexism within the industry.”

Kidd decided she had “enough”, May said, and instead got into the trash business in West Auckland.

She bought the Westie Bins company and, although she employed truckers, she sometimes drove them herself.

“She caused a stir on stage. A tall, beautiful blonde woman who runs a dumpster business is quite unusual.”

May said he was “devastated” when Kidd died.

“When I didn’t hear from her that night, I first assumed she was working late or something.

“She had lots of plans for her future and was very excited about renovating her home, which is now due to be put back on the market.”

Kidd was a mother of two children – an 8-year-old and an 11-year-old – who were now with their father.

Her funeral was held in Auckland and she was buried in Southland, where she grew up, next to her mother.

May said a Givealittle was started by one of Kidd’s friends to help the children make the journey to where their mother grew up later this year.

“She grew up on a farm in Southland and raised sheep as well as crops and dairy.”

A coroner’s inquest has been opened into the circumstances of Kidd’s death.