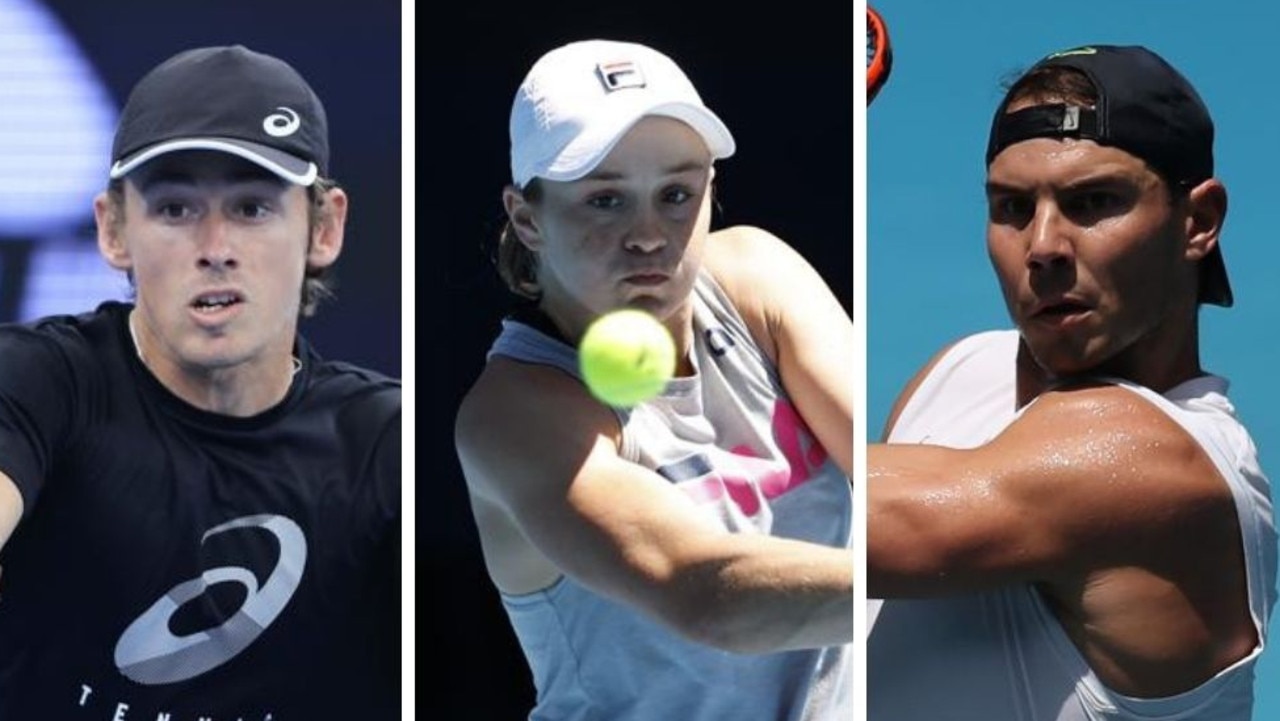 The road to the Australian Open has begun, with international tennis stars ready to polish their games through 17 tournaments ahead of the main event at Melbourne Park. Consult the full schedule.

The summer of Australian tennis is upon us again and here’s everything you need to know to get up to speed ahead of the Grand Slam, which kicks off on January 17th at Melbourne Park.

What are the tournaments?

A record 17 events will be staged ahead of the Australian Open, including men’s, women’s, junior and wheelchair competitions. The matches will be played in Sydney, Adelaide, Melbourne, Bendigo and Traralgon. But the Brisbane International, Hobart International and Kooyong Classic will not be played this year.

Where do the stars play?

Most of the best men in the world – apart from Rafael Nadal, who is entered in the ATP 250 event in Melbourne – compete in the ATP Cup in Sydney. The WTA 500 Adelaide International has five of the top 10 women, while Gael Monfils plays in the adjacent men’s tournament. Naomi Osaka is making headlines at next week’s WTA 250 events in Melbourne, but Simona Halep and Jessica Pegula are on the pitch as well.

World No.1 Ash Barty will start in Adelaide and then complete her preparations for the Australian Open in Sydney. Ajla Tomljanovic follows the same schedule, while the other Australian top 100 woman, Astra Sharma, plays in Melbourne and then Sydney. Alex de Minaur and James Duckworth will spearhead the ATP Cup assault in Sydney. De Minaur will also compete in the Sydney Tennis Classic the following week, alongside John Millman, Alexei Popyrin, Jordan Thompson and Nick Kyrgios. Millman is starting his year in Adelaide, while Thompson, Popyrin and Kyrgios will be in Melbourne. Duckworth plays in South Australia after the ATP Cup.

Introductory tournaments have suffered a string of withdrawals, but many of those players will be ready for the Australian Open. However, Roger Federer, Dominic Thiem, Milos Raonic, Stan Wawrinka, Guido Pella, Jeremy Chardy, Kyle Edmund, Aljaz Bedene and Pierre-Hugues Herbert will not be playing at all this summer. On the women’s side, Karolina Pliskova, Serena and Venus Williams, Jennifer Brady, Karolina Muchova, Bianca Andreescu, Nadia Podoroska, Su-wei Hsieh and Svetlana Kuznetsova will not be at Melbourne Park either.

Who is in doubt?

It remains to be seen whether all of the players who have recently contracted the virus will be fit for the first Grand Slam of the year. The bigger scenario revolves around world number 1 Novak Djokovic, who has withdrawn from the ATP Cup but remains on the Australian Open entry list. Djokovic refused to disclose his vaccination status or whether he requested a medical waiver. Japanese star Kei Nishikori (returning) skipped his last events in 2021 and then retired from the Melbourne ATP 250 event.

Rafael Nadal, Andrey Rublev, Denis Shapovalov, Ons Jabeur and Belinda Bencic have tested positive after participating in the Mubadala Tennis World Championship exhibit. Emma Raducanu withdrew from the same tournament after also contracting the virus but, like Nadal, is healthy again and in Melbourne. Anastasia Pavlyuchenkova, Aslan Karatsev and Benoit Paire are other top players who have tested positive in recent weeks.

Who did not want to be vaccinated?

Nothing is confirmed on the vaccine status of world number 1 Djokovic, but speculation continues to rage. Frenchman Pierre-Hugues Herbert and Queensland teenager Olivia Gadecki are two players who have chosen not to be vaccinated against Covid-19 and cannot play this summer.

What are the Covid rules?

Players, support staff, officials, fans and anyone wishing to attend tennis – and who are at least 12 years and two months old – must be fully vaccinated or have medical exemption. Tennis players who test positive in Australia should self-isolate for 10 days and be negative before leaving, while close contacts should only self-isolate until they return a negative test. International players were required to present proof of a negative test within 72 hours before traveling to Australia, and then self-isolate until they returned a new negative test upon arrival. Shapovalov and Pavlyuchenkova were two players who tested positive after arriving in the country.

Will Melbourne Park be divided into zones again?

No, people will be able to move around the venue freely and will not have to buy tickets only for specific areas. The catch is that all ticket holders must be fully vaccinated or have a medical exemption, but there will be no crowd limit. Fans aged eight or older must wear a fitted face shield – this does not include a face shield – at all times, unless they are seated outside; eat or drink; talk to someone who is deaf or hard of hearing; or asked to remove the mask to verify their identity. Further information is available at https://ausopen.com/covid-safe.

Here are the best videos you were watching on EastIdahoNews.com in 2021