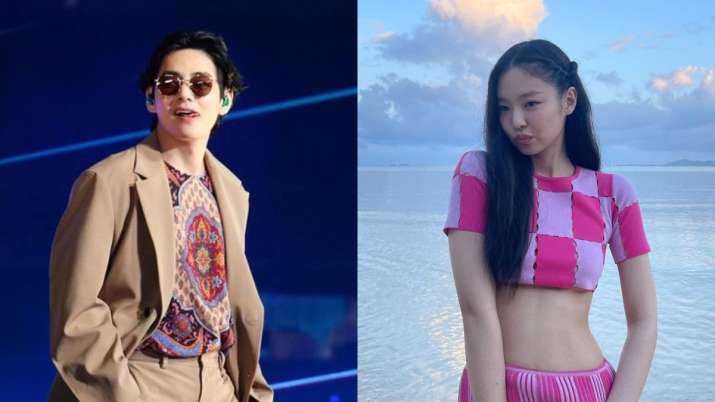 Dating rumors between BTS V and Blackpink’s Jennie have created a lot of buzz. And to add fuel to the fire, the two returned to social media on the same day. V posted a black and white photo of himself on his personal Instagram. Just a few minutes ago, Jennie also shared two photos from Blackpink. This was the first social media update after their alleged dating rumours.

On May 22, a photo of a man and a woman – allegedly V and Jennie – sitting in a car and driving around Jeju Island was posted on an online community. Some fans were convinced when Jennie and V shared photos from their trip to Jeju on social media. While V aka Kim Taehyung and Jennie have yet to respond to the rumors, news outlet Chosun quoted Blackpink’s agency YG Entertainment as saying, “We have nothing to say. We will let you know if we have a response. different to share.” BTS’s agency HYBE has also not commented on the dating rumors.

Also Read: Who Are BTS Members Dating? All about the girlfriends of Jungkook, Jin, RM, Suga, Jimin, V & J-Hope

Previously, V accidentally followed Jennie on Instagram and aired their dating rumors. However, BTS ARMY was unhappy with the rumors and asked everyone to “leave Taehyung alone.” Rumors are also swirling that Jennie broke up with BIGBANG’s G-Dragon.