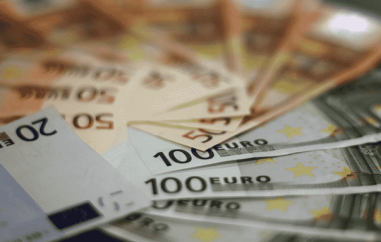 According to the Bundesbank, the consequences of the war in Ukraine are slowing economic growth in Germany and driving up inflation. With growth of 1.9%, the economic recovery is expected to continue after the Corona low, as the Bundesbank predicted on Friday. In December, however, the central bank had still assumed that real gross domestic product (GDP) would grow by 4.2% in 2022.

Bundesbank economists are now also much less optimistic for 2023, expecting economic growth of just 2.4% instead of 3.2%. Several institutes have lowered their economic forecasts following the Russian attack on Ukraine. Bundesbank experts also point out that the uncertainty about future economic development is exceptionally high, mainly due to the Russian war of aggression.

On the one hand, energy commodity prices are expected to fall somewhat again and supply bottlenecks will gradually ease, the Bundesbank explained. At the same time, private households are likely to convert at least part of their savings accumulated during the Corona pandemic into consumption, thereby stimulating the economy. On the other hand, however, “unusually high inflation is causing uncertainty among consumers and weakening their purchasing power.”

According to preliminary figures, the annual inflation rate in Germany jumped to 7.9% in May, the highest level in almost 50 years. For the year as a whole, the Bundesbank now expects an inflation rate of 7.1% as measured by the Harmonized Index of Consumer Prices (HICP), which the European Central Bank (ECB) uses for its monetary policy.

“Consumer prices will rise even more this year than they did in the early 1980s,” said Bundesbank President Joachim Nagel. He added that price pressure had even intensified recently, which the forecasts now presented do not fully reflect. “If this trend continues, the HICP rate could average well over 7% for the year 2022.”

From next year, the inflation rate in Germany is expected to decline gradually, according to estimates by the Bundesbank. The HICP rate could fall to 4.5% in 2023 and 2.6% in 2024. The ECB is targeting stable prices for the whole euro area over the medium term at an inflation rate of 2. 0%.

“Lower inflation rates in the eurozone will not be a foregone conclusion,” Nagel stressed. “Monetary policy is called upon to bring down inflation through consistent action.” On Thursday, the ECB had decided to end its purchases of bonds worth several billion on July 1 and to slightly raise the key rates for the euro zone for the first time in eleven years at its next meeting on July 21.

What Happened Before The 90 Days Cast This Week (June 06)