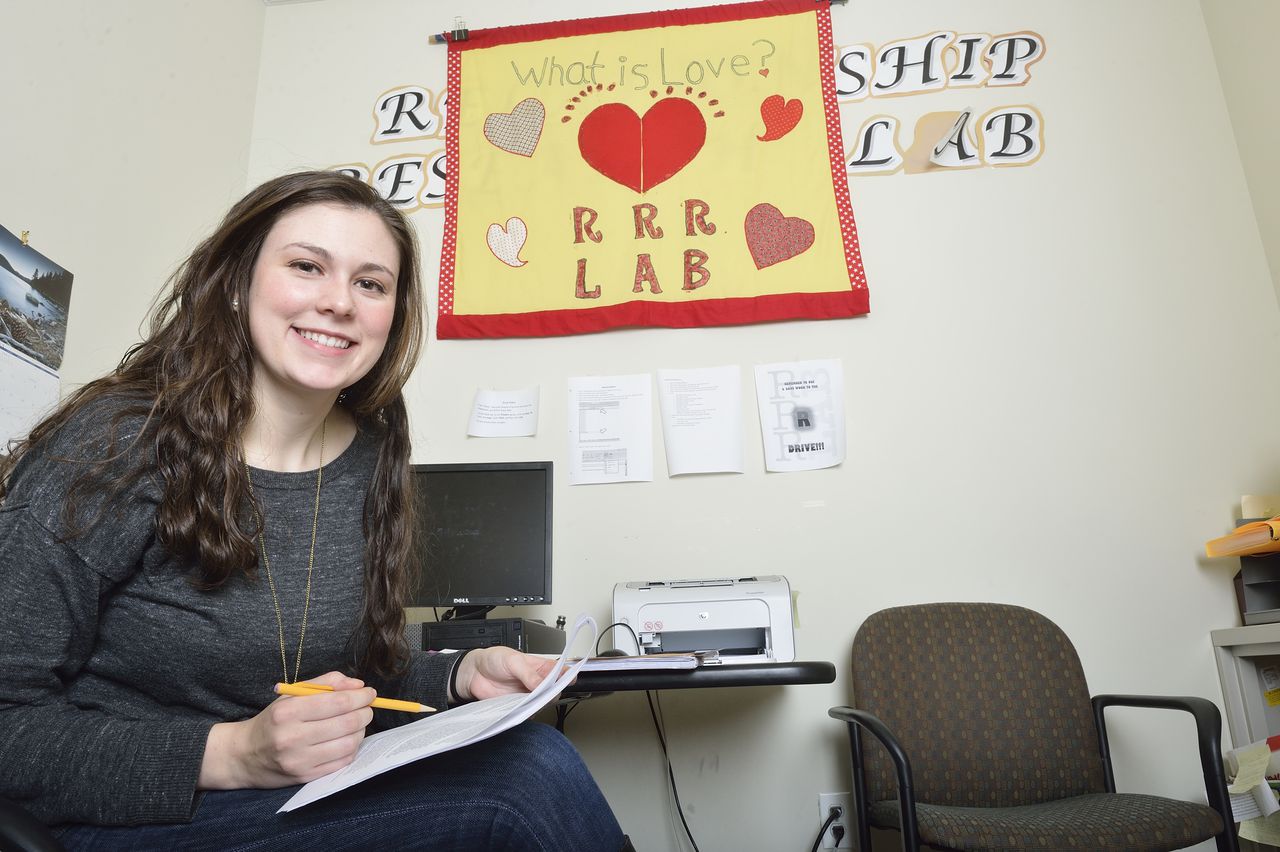 These are some of the ways young couples have coped with a global pandemic, according to findings from a new study by a group of College of New Jersey students at Ewing.

Through a “narrative study,” which draws on interviews, more than 40 psychology students from the TCNJ’s Relationship Research Lab set out to explore the impact of COVID-19 on unions.

“I remember calling my girlfriend, it was super interesting…and I wanted to know more about what they were studying,” said Alyna Strumolo, one of the first participants. “Similar to others, COVID has brought (me and my partner) closer together. We used technology more, FaceTime calls and movie nights. We also did a lot of outdoor activities when the weather was nice.

Strumolo, 22, from Morristown, became so interested in the study that she asked to become a researcher herself.

Since around 2008, the Relationship Research Lab has put love under the microscope, including projects on how partners solve problems, an exploration of intimacy and key elements of healthy relationships.

But never before this study had student researchers been able to take into account the impacts of a pandemic on young loves – a project that would reveal surprising results.

During the first phase of interviews, 48 ​​students answered questions assessing the negative and positive impacts of the pandemic on their relationships, as well as the strategies they implemented to deal with difficult times.

Noting that much of the existing research on similar themes has focused on older couples, TCNJ participants – who had to be in a relationship for at least three months – were on average 19 years old.

The students, those who organized and participated in the study, received college credit for their involvement. The interviews, which lasted up to 80 minutes, took place in fall 2020 and spring 2021.

Principal investigator and faculty member Candice Feiring led the students in the study. She said additional interviews had taken place after an initial phase, with at least 60 in total transcribed by the end of January.

As there are still data to analyze and results to organize, the study has not yet been published, she said.

However, some results are now available.

According to the study, about 77% of participants said they grew closer to their partners and received more support during the COVID-19 pandemic.

“It was surprising…we’re talking about the three-quarters (of respondents) getting closer and being able to talk to each other, write love letters and spend more time together,” Feiring said. “Because they couldn’t be physically intimate, they decided to find out more about each other.”

Participants were much more open to disclosing their anxieties about school and family topics, Feiring said.

“COVID put us in a situation where we had to rely on our partners to deal with the stress,” she added.

In a breakdown of the methods used, the TCNJ Group said the interviews focused on respondents’ stories of “met and unmet needs” both from themselves and their partners, as well as how they have coped amid shutdowns, quarantine periods and other pandemic-related stressors. .

Students noted common themes, such as many turning to movies via Netflix parties. The feature allows people from different households to sync a movie stream. Couples were also writing love letters to each other and using video chat to keep in touch – fearing that in-person dates could potentially expose an older family member living at home.

The psychology researchers also looked for emerging themes using “Linguistic Inquiry and Word Count,” a text analysis software that uses coding to attach categories to words. In this case, the categories were positive, negative and strategy.

“My job was to ‘clean up the stories’, to make sure the software was able to process everything. For example, certain words being categorized as angry or sad words,” said Jose Cancel, 21, a senior from Clifton.

Other study findings: About 45% of participants said they lacked physical intimacy and 54% shared that COVID testing, pods and social distancing outings with masks were common when interacting with partners.

While 35% of respondents said fighting or bickering had increased during the pandemic, slightly more, 37%, said less work, access to online classes and returning to their hometown meant more time to spend together.

Strumolo said that as a participant, she could relate to much of what she and her fellow researchers heard. Since Strumolo was not living with his girlfriend, she had to meet virtually or plan picnics taking health measures into account, she said.

As interviews continued, some students in the group said they would be open to expanding the pool of participants by sexual orientation, gender, and background. Of those surveyed, 94% were female and 79% were heterosexual.

Strumolo, who is a minor in women’s and gender studies, said this could be a direction she would head in as a scholar later in her career.

“I’m very passionate about social issues and might want to touch on something about women’s rights, LGBTQIA+ issues, or humanitarian work,” she said.

Jessica O’Dell, another TCNJ student, said there could be more work to study the impact of COVID-19 on young people.

“I thought it was really interesting to see how common some of the positive aspects of the pandemic were. There are a lot of studies right now looking at older people and established married couples, which may show more negative effects. due to financial issues or other (factors) that some young adults don’t have to worry about so much,” said O’Dell, a 22-year-old senior.

“We had completely different experiences,” she said.

Helen Fisher, chief scientific adviser of the dating site, Match.comand a member of the Center for the Study of Human Evolution in the Department of Anthropology in the School of Arts and Sciences at Rutgers University in New Brunswick, would agree.

Fisher, a renowned anthropologist, conducted her annual survey of 5,000 single people between the ages of 18 and 21 in the United States in 2021. Since the survey began more than a decade ago, she has interviewed more than 50 000 non-Match members.

the latest results indicate that single people invest more time in settling down, she said.

These singles want someone who matches their income, level of education and has, not only a successful job, but a successful career, Fisher said.

“They want to get married, and the ones leading the way are Gen Z and Millennials. They’re very dedicated,” she said. “Stability is the new sexy.”

Other notable insights from the survey: 70% of men said they wanted a relationship in the next year, compared to 60% of women, 60% of singles said mental health was important, and 56% said they had gained in confidence.

Fisher also said first dates have become much rarer as singles tend to meet via video before in-person dates.

For Faith Cortright, a junior who conducted interviews for the TCNJ study, speaking “through screens” was already becoming the norm and COVID in many ways helped normalize it even more. She said she was pleasantly surprised that the couples persevered despite the obstacles.

“It was shocking to me,” Cortright said. “But I believe the couples who have been through it have taken the time to bond and learned to support each other.”

“It would be very interesting to see how their relationships go now, how they felt as new variants emerged and other COVID experiences.

Our journalism needs your support. Please subscribe today to NJ.com.

Steven Rodas can be reached at [email protected]. follow him @stevenrodasnj.

Are there consequences to China’s growing unpopularity in Southeast Asia?