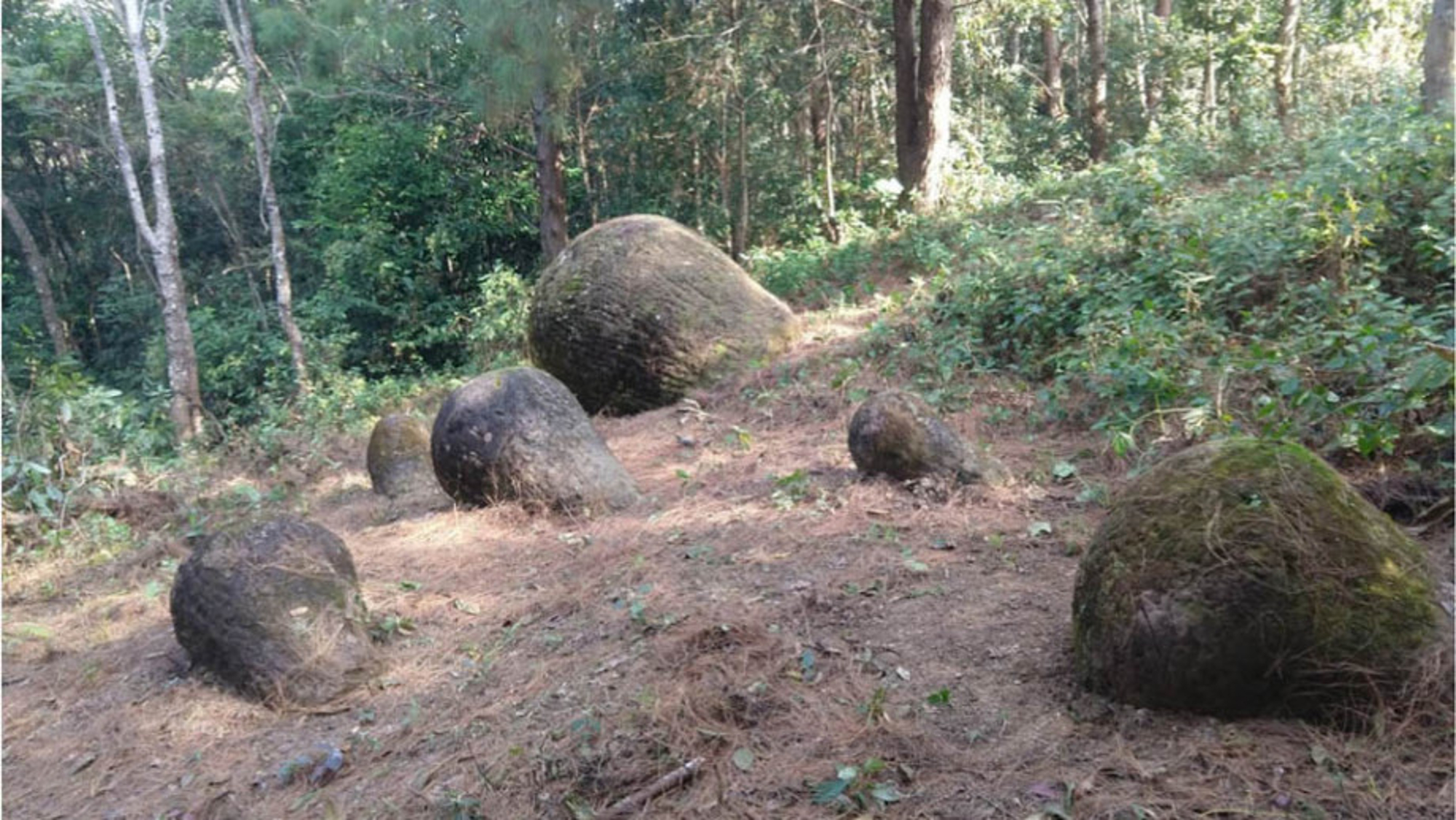 Discovery of a forest full of mysterious giant prehistoric jars

A forest full of mysterious giant stone jars dating back thousands of years has been discovered in India. But what they were used for, why they were buried, and who made them is unknown.

Researchers from the Australian National University (ANU) discovered the monolithic site in Dima Hasao province, Assam, India, while surveying the area in 2020.

Strange buried limestone jars were first discovered in Assam in the early 1900s, but weren’t systematically recorded until the mid-2010s, researchers said in a study published in the journal. Asian archeology.

During the 2020 survey, the team found four megalithic jar sites.

They originally planned to examine known jar sites in Assam, but as they began to explore the dense forest, they began to discover more and more of these strange limestone jars.

Ancient giant stone jars have already been found in other countries, including Indonesia and Laos.

The Assam site is thought to be related to the jar sites found in Laos, which is about 500 miles to the southeast and has been more extensively studied. In Laos, some of the jars are absolutely enormous, reaching 10 feet in height and 6.5 feet in width.

These contain cremated human remains, indicating that they were probably created in connection with funerary practices.

Study author Nicholas Skopal said Newsweek that in Assam they have “only scratched the surface” of stone jar sites.

“We started finding more,” he said. “There is a lot of jungle and forest. We literally only looked at a small area. There must be more because every time we walk around we find new sites.”

Skopal said they believe the Laos and Assam sites are linked. They have not yet dated the jars from Assam, but those from Loas date back to around 1000 BC, with other burials around the sites dating to around 1000 AD.

They don’t know if this is the same culture, or if new groups settled in the area, but there has been activity around the site for at least 2,000 years.

They hope to date the Assam jars using a technique where sediment is removed and analyzed to see when sunlight last hit it. Once they know the age of Assam pots, it should give some idea of ​​whether this culture moved from Laos to Assam, or vice versa.

The jars have been opened to the elements, and reports suggest that over the years people have removed the contents. Skopal said they hope to find pots in more remote areas that have not been disturbed.

This would help to better understand what the jars were used for and why. “At some you get bigger jars, with these mini jars buried around them.”

The jars, Skopal said, appear to have been hewn out of rocks. There is evidence of a quarry in Assam, but it may also come from a stream or river bed, where boulders would have been.

Grooves where an instrument was used to carve it can be seen inside the jars. “Then they had to transport it. It would have taken hundreds of men to pull it or put it on a cart.”

The team now plans to return to Assam to find other pot sites before they are lost as forests are cleared for planting.

“Once sites have been registered, it becomes easier for the government to work with local communities to protect and maintain them so that they are not destroyed,” Skopal said in a statement.