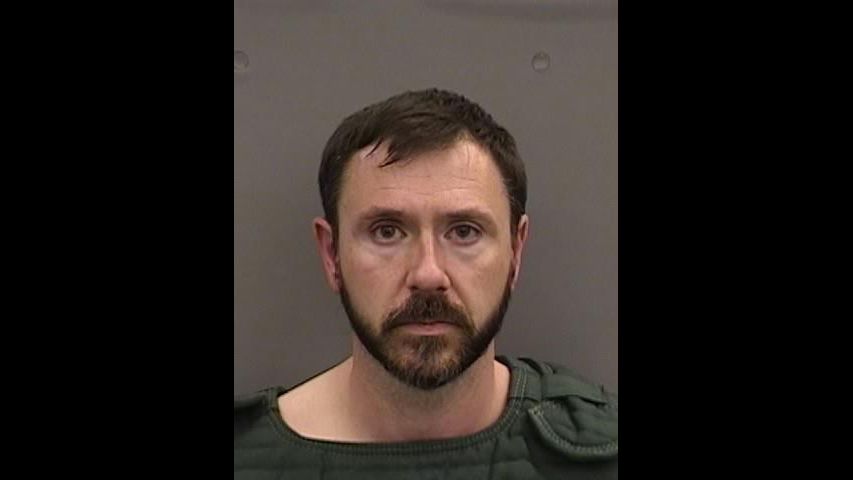 It’s been about seven months since Derrick McLaughlin, once beloved principal of Warren Hope Dawson Elementary School in Riverview, was incarcerated in Hillsborough County Jail with a suicide prevention vest strapped around his chest.

The Lithia man, now 42, was the most high-profile name of the 18 who were arrested in January during ‘Operation Wanderlust’ – a three-month undercover investigation that the Hillsborough County Sheriff’s Office announced would help its efforts to combat “online canvassing of minors”.

McLaughlin, the sheriff’s office said, sent “sexually explicit texts” to a detective posing as a 15-year-old boy. After several days of talking, McLaughlin was arrested for trying to entice the fake 15-year-old to perform sex acts.

It was the first time McLaughlin, a father of two, had been charged with a crime – let alone been arrested or placed under Florida’s Baker Act after making suicidal comments to investigators during his arrest. His charges, all third-degree felonies, carried the possibility of serious imprisonment if convicted: transmitting harmful material to a minor, using computer services or devices to solicit certain unlawful acts, and unlawful use a two-way communication device.

Still, McLaughlin’s attorney, Ruffin Hunt, said his client’s case was resolved last month after state prosecutors offered him a plea deal. For pleading ‘no contest’ to the illegal use of a two-way communication device, Hillsborough County Circuit Judge Mark Kiser sentenced him to 36 months probation. Kiser and the state agreed not to prosecute McLaughlin on the remaining two counts, sparing him from being required to register as a sex offender with the Florida Department of Law Enforcement.

The leniency shown by McLaughlin is far from the norm in such situations, and it was due to the unique circumstances of his case, McLaughlin’s attorney said.

Those arrested in undercover operations such as “Operation Wanderlust” often face very different outcomes. About half of the 18 people arrested alongside McLaughlin were charged with traveling to Hillsborough County to meet underage victims for illegal sexual activity – one from as far away as Boca Raton. And most of those targeted by the operation still face a range of charges, including attempted lewd or lascivious battery, possession of child pornography and travel to meet a minor after using computer services or devices to solicit certain unlawful acts, according to court records.

“In Mr. McLaughlin’s case, he had absolutely no history of criminal activity – a completely clean record – and none of the conversations he had with the undercover officer included any discussion of the possibility to meet in person for any illicit activity,” Hunt said.

In fact, McLaughlin was using the adult dating app Scruff, which requires users to be at least 18 to sign up, when he came across the fake profile of 19-year-old “Jesse.” The undercover deputy used a photo of another sheriff’s office employee for the online character and said in a search warrant that he received “several messages from individuals at that time, your filing the advise that I was 15 and let them decide if they wanted to continue talking to me or not.

You will receive updates on major issues and events in Tampa Bay and beyond as they occur.

You are all registered!

Want more of our free weekly newsletters in your inbox? Let’s start.

Explore all your options

According to a search warrant for messages between McLaughlin and the detective, McLaughlin began a text conversation with the undercover officer on January 19 and was told the same day that the “Jesse” he was talking to was in 15 years old, not 19.

McLaughlin replied that it “probably wouldn’t be okay” for the two to continue chatting and warned “Jesse” to “please be careful out there… There are some really bad people out there.” Guys who will take advantage of you being 15.

Later that day, McLaughlin asked where “Jesse” went to school, then used his access to the Hillsborough County Public Schools Database to question the undercover officer when he didn’t. couldn’t find a 15-year-old “Jesse” enrolled in high school. it has been said.

“I’m not a stalker,” McLaughlin told the fake character, “just a fact checker.”

The conversation then turned flirtatious and sexual, and continued every day until, on January 27, McLaughlin went to the Riverview home where “Jesse” said he was living with his mother to bring them dinner, his lawyer said.

Once McLaughlin arrived home, he was greeted by a team of Hillsborough sheriff’s deputies, his attorney said.

“It is sickening that a trusted member of our community, a school principal, is taking advantage of a child for his own satisfaction,” Sheriff Chad Chronister said in a statement about McLaughlin’s arrest. “Fortunately, it was not a child, but one of our detectives, who received his lewd messages. No child should be subjected to the disturbing behavior exhibited by McLaughlin.

Now, more than six months later, Hunt said his client no longer has to face the prospect of years in prison and a life as a sex offender. Yet he lost his job in the Hillsborough County School District.

In a statement, Hillsborough County Public Schools said McLaughlin was hired on Dec. 16, 2002.

“We are shocked and deeply disturbed by the charges against Derrick McLaughlin,” the statement said. “Our top priority is the safety and well-being of students and staff.”

Court records also show that McLaughlin’s divorce from his wife was finalized in March.

“It often happens in these situations, where lives are turned upside down and names are drugged into the mud before a court can even see what the discovery is in the case against the culprit,” Hunt said. “In this case, Mr McLaughlin has become the face of the whole sting and, although the court has decided that the charges against him do not warrant prosecution or sex offender status, the damage has already been done.”

“Unfortunately for him, there’s no going back to the way things were before,” Hunt said.

Marriage of the Week: Nakita Fernandes and Christopher Delroy met through online…