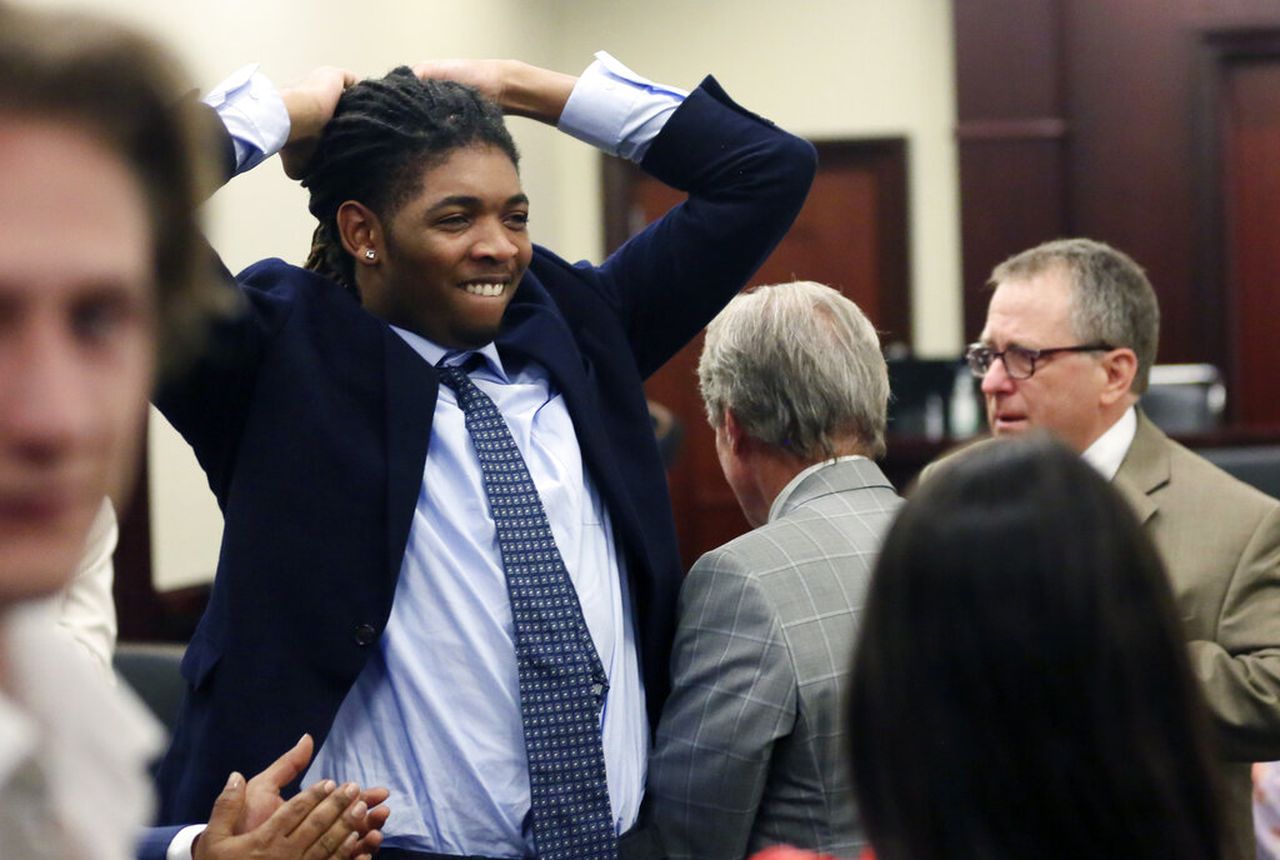 A former Virginia Tech football player accused by prosecutors of beating to death a man he met on Tinder who he initially believed to be a woman, was acquitted on Friday.

Isimemen Etute, 19, was found not guilty of second-degree murder in the 2021 death of Jerry Smith, 40, according to reports. The jury deliberated for three hours.

Prosecutors alleged that Eute, who was 18 at the time, beat Smith after discovering that the man, whom he had met on the dating app Tinder, was not a woman.

Prosecutors alleged that Eute gave different accounts of what happened and that his testimony may have changed due to the charge against him. The defense allegedly argued that the evidence was circumstantial.

Eute’s attorney, Jimmy Turk, also said that Smith “controlled the environment throughout the episode”, and said the man “demanded it be dark”, and he alleged that Smith had a knife under his mattress “in case there was anything wrong”. .” He also argued that the police did not question Etute about the knife or his fear while he was at Smith’s apartment. He argued that his client feared for his life and acted in self-defense.

Etute reportedly said in testimony earlier this week that he “felt violated” when he found out Smith was not a woman. He said he believed Smith grabbed a gun – he didn’t have a gun, but had the knife under his mattress according to reports – and that’s when Eute said he punched the man five times and kicked him to get away.

The prosecution argued that Etute did not act in self-defense, but became enraged when he discovered Smith was a man. Medical Examiner Dr Amy Tharp said Smith suffered a “brutal blow”.