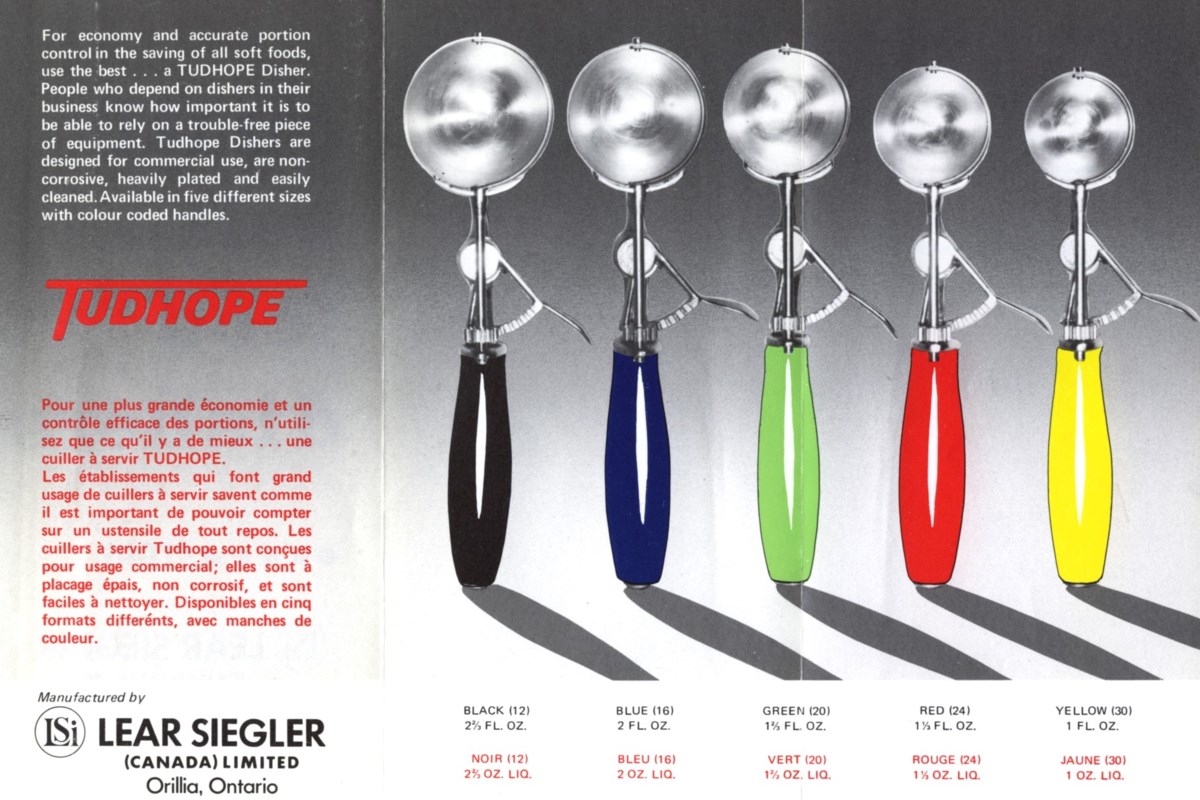 Postcard Memories is a weekly series of views of historical postcards and photos submitted by Marcel Rousseau.

Some have already been published by the Orillia Museum of Art and History and in the book Postcard Memories Orillia.

Fisher was reorganized into the Tudhope Metal Specialties Co. in 1928 and continued to market both types of dishes, changing the wooden handles from varnished wood to a blue painted handle in 1940.

In 1950, Tudhope introduced a color for each size, using black for the largest size (#12), blue for blue #16, green for #20, red for red #24, and yellow for the smallest (#30). All of these wooden handles were also made in Orillia at Canada Wood Specialties.

In 1934, Tudhope patented a “No Pac” dish, in a #30 size with varnished wooden handle, changing to a red handle in the 1940s. This shovel had a dollar-sized hole in the back of the bowl and was nicknamed the “vacuum shovel”.

The hole allowed the storekeeper to put ice cream in a cone without wrapping the bowl. This would give him several extra cones to sell for every gallon of ice cream, an important feature during tough times.

Lear Seigler continued to sell dishes after the Tudhope factory closed in the 1970s. Hunter Industries also sold wooden and plastic handled dishes for a few years after Lear Seigler retired the line.

Should you stick to one “type” when dating? Four women reveal what happened when they didn’t