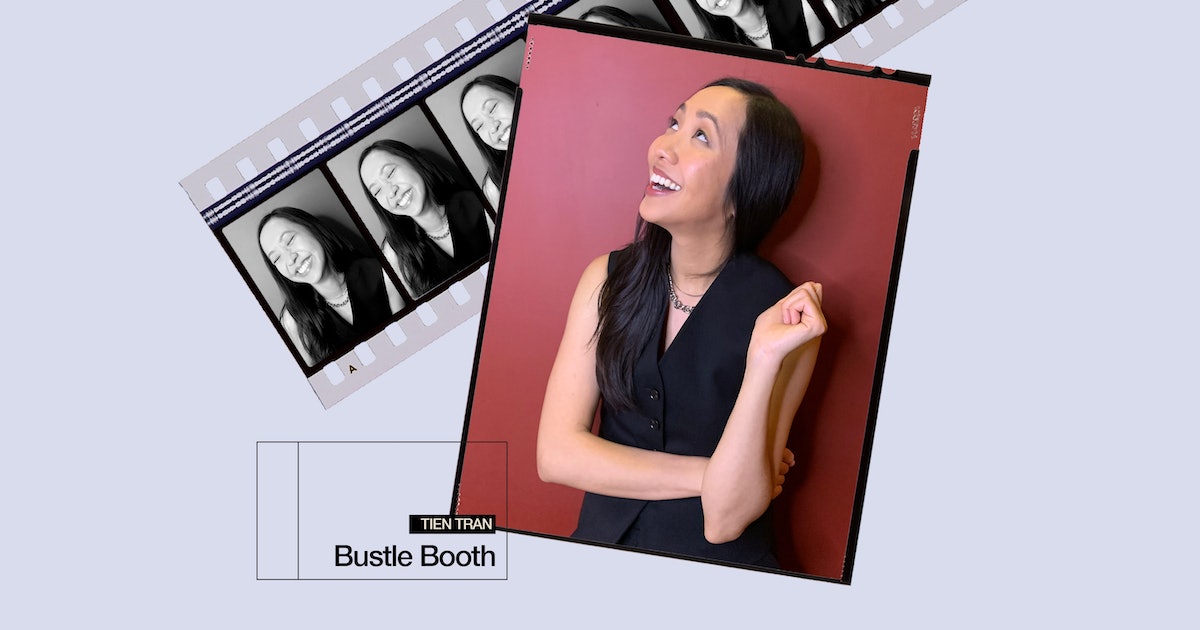 Tien Tran started working on her comedic stunt doubles just a few years after emerging from the womb. It all started with her very first acting role, when she played the little sister of her real sister’s character Tram-Anh in the 90s children’s detective show. ghost writer. “[My sister’s character] just got in trouble for jumping [school] with her best friend, and she had just come home to our parents to lie about it,” the 34-year-old writer and actor recalled. “I [was] like five, and I [went] walked up to her and said, ‘You smell like hot dog.’ »

Growing up watching his sister on set sparked Tran’s interest in acting and laughing — if not on TV, then at a school science presentation. She samples a few lines from an elementary school parody of “Ice Ice Baby” by Vanilla Ice for me on Zoom. “I think it was like, ‘Stop, collaborate and listen. Everyone is talking about sleep deprivation,’ Trans raps. “I’m sure someone has a VHS of me and my friends giving crazy, crazy presentations.”

The mischievous energy of Tran’s little sister served her well in the highly anticipated Hulu how i met your father sequel, her first series regular role. She plays Ellen, a divorced lesbian — and yes, a little sister — who moves from a small farm in Iowa to New York to reconnect with his older brother Jesse (Chris Lowell). His fumbling forays into dating lead to some of the show’s most endearing moments. “I love that she’s starting her life over and starting dating again,” Tran said. “I did it when I first came out and also after my first girlfriend broke up with me.”

Tran also appreciates that Ellen’s intersecting identities as an Asian American and a queer woman are not central to her character’s conflicts. “She just becomes one of the friends, experiences the same ups and downs of dating around town, and tries to get a job in a city that’s both very exciting but can be unforgiving,” Tran says.

It’s been particularly encouraging for Tran, who grew up in the predominantly white town of Erie, Pa., and sometimes felt the pressure to whitewash as a child. “Assimilation can rot your brain,” she says. “I really had moments where I was like, ‘I don’t want people to think I’m Asian.'”

Now, Tran sees her Asianness as essential to her job. “I’m at a point in my life where I’m so, so, so proud to be Vietnamese American and I’m so happy to share that.”

Learn more about Tran in her Bustle Booth quiz below.

In the stand of the bustle

When I feel like it, a chai latte with an espresso.

What weather locations are stored on your phone?

Cancer. I don’t know what that means, and I won’t search.

“Flames on the Side of My Face” by the great Madeline Kahn in Index.

What was your favorite cartoon when you were a kid?

X Men. Snape made me gay.

What movie or TV show are you currently obsessed with?

Only. There’s something about watching others reach their emotional breaking point that deeply soothes me.

Who is your idol celebrity?

Can I have two? Sandra Oh and Catherine O’Hara.

If you could be on a reality TV show, what would it be?

Excellent leader. I would be eliminated in the first elimination challenge, but being dragged by Padma Lakshmi is a dream of mine.

What inspires you lately?

Moms. The world, especially in a pandemic, could not function without their often invisible care. I love you mom!

What would you like people to say about you?

I hope the people I’ve teamed up with in the apocalypse will say, “Let’s keep her around for now.”