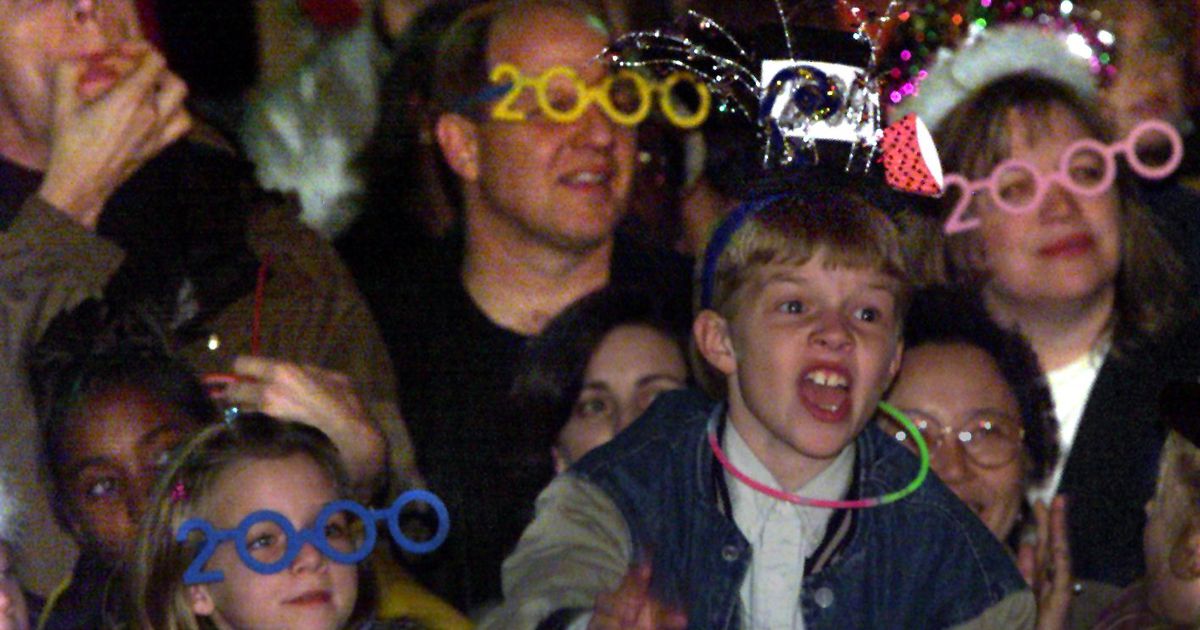 How does 2022 compare to our assumptions about “tomorrow’s lifestyles”?

Twenty-two years ago, at the dawn of the new millennium, The morning news from Dallas published an article titled “Lifestyles of Tomorrow” which predicted what the world would look like in the 21st century. Staff writers consulted futurists, professors, scientists and authors to predict what cultural and technological changes would take place over the century.

What did some of their original predictions look like? Did they miss the point? Or, as we kick off the year 2022, were those predictions closer to the truth than they thought?

People will put off marriage and having children even longer. But most will get married anyway. Almost 95% of all adults now do. However, not all will have children. Only 26% of households will have married couples and children, up from 45% in the early 1970s. This percentage is expected to continue to decline. Karen M. Thomas

Every point of this prediction came true.

Over the past two decades, adults have been slow to marry and have children. According to the US Census Bureau, the median age of first marriage for men and women increased between 2000 and 2020: from 26.8 years to 30.5 years for men and from 25.1 years to 28.1 years for women.

Many people are still getting married, but marriage rates are falling. According to the US Census Bureau, in 2021, 34% of adults aged 15 and over had never been married.

The number of households with married couples and their children is 18.8%, according to the 2019 American Community Survey from the US Census Bureau.

The news originally predicted 26%, using data from the General Social Survey of the National Opinion Research Center at the University of Chicago.

The US Census Bureau also recorded that the number of births in the United States has declined every year since 2008, except for a brief increase in 2014.

Electronic invitations and RSVPs as well as online planning of the wedding ceremony and reception will become routine.

Wedding webcasts help distant friends and relatives who cannot be at the ceremony in person (toasts can also be emailed). Instant wedding photos can be viewed on websites where friends and family can connect, view proofs, and order prints.

The exceptions to formal wedding ceremonies increasingly include “space weddings” via the space shuttle, as well as the Antarctic wedding, tropical wedding, and romantic moon wedding. David Tarrant

It is possible that much of this prediction came true by the time â€œLifestyles of Tomorrowâ€ was published. Webcasts were already around in the 1990s, as were email services and online invitations like Evite. Tech-savvy couples of the day may have used them in their weddings, although they weren’t ubiquitous.

Recently, weddings have been organized and assisted through Zoom throughout the pandemic. Wedding photos can be shared and viewed instantly through apps like Snapchat and Instagram.

No moon weddings yet, but in 2003 Ekaterina Dmitriev walked down the aisle of NASA’s Johnson Space Center in Houston as her husband, cosmonaut Yuri Malenchenko, orbiting above. They were married by satellite video link.

Drive to the mall, line up for the dressing room, try on clothes – so retro.

And so imprecise. Really, how many people actually fit regular sizes as we know them? Bodyscanning promises to make shopping less tedious and to produce bespoke clothing as well.

A client walks into a booth where an infrared scanner measures the body, then creates a virtual image on a computer. The result: your very own 3D paper doll to dress and undress with the click of a mouse.

What kind of clothes will you put on this virtual you? Well, the freewheeling arena that has become fashionable means that the rules are not as rigid as they once were. But you can consider “wearable technology” – “smart” clothing that reacts to its surroundings, protecting you from rain and other elements, and even inhibiting bacteria.

Guess that means deodorant is a thing of the past? Teresa gubbins

This prediction was not far off. â€œWearable technologyâ€ is pretty common in 2022, but it usually refers to smartwatches or fitness trackers. There are also smart clothes that can connect to your phone to take calls, monitor your health, etc.

Online fashion retailer Zozo created a bodysuit that scans the wearer’s measurements, allowing them to order tailored clothing. Some shoe stores take a three-dimensional image of a shopper’s foot to try and find the perfect running sneaker.

A Philips Electronics display at a recent computer show in Las Vegas makes the difference between The Jetsons and reality as we know it.

The number of users in a kitchen will multiply as all family members contribute to the meal preparation routine.

It also means duplicate appliances (like the double sinks in many contemporary homes), hidden appliances, and smart appliances, like a “smart apron” with built-in microphone, and a voice-activated web connection that will allow a cook to call in. recipes and so on.

There will be a computer in each room to take care of practical tasks such as internet shopping. Teresa gubbins

This prediction really came true in the 2010s with the rise of handy smart devices that connect to your phone. Coffee makers, refrigerators, dishwashers, ovens and more can be controlled by a smartphone, all while the user searches for recipes online.

There might not be a â€œsmart apronâ€ as the author predicted, but you can ask Alexa for cooking tips in some LG and Samsung refrigerators.

New collectibles from the future will be things that bring back how quaint life was in the 20th century.

Think of the tobacco paraphernalia (people smoked!) And bottles of sunscreen (they were sunbathing!), Souvenirs from the bathhouse).

Time will tell for this prediction. We still have coins, paper money, pencils and paper, so don’t rush to collect these â€œartifactsâ€.

Tobacco paraphernalia is unlikely to become a rarity. Smoking is on the decline, according to the CDC: 14% among adults in 2019, up from 20.9% in 2005. However, alternative forms of smoking, including vaping, are popular. The Texas Department of State Health Services estimates that 5,700 young people start vaping every day.

Guns are not a thing of the past. Gun ownership has remained stable over the past two decades – the RAND Corp. found that in 2000, the national average of household gun ownership was 36%. A recent General Social Survey poll indicated that number is now 39%. There are several gun collection associations in Texas only.

“Permissive sex” artifacts are more difficult to determine, as dating is now more digital. According to a 2019 Pew Research survey, 48% of 18-29 year olds, 38% of 30 to 49 year olds, and 16% of over 50s have used a dating site or app in the past. Lesbian, gay or bisexual adults are almost twice as likely as those who are direct to say they have used a dating platform. There were a few failed attempts in the 2010s to relaunch the Playboy Club brand in places like Las Vegas or Los Angeles, but none so far in Dallas.

Demographics: The news predicted that by 2015, the population of the Dallas-Fort Worth metropolitan area would be 60% white, 20% Hispanic, 15% black, and 5% other minorities. In 2019, The news reported U.S. census data which estimated the region’s population to be 46.8 percent white, 29.7 percent Hispanic, 16.1 percent black, and 7.3 percent Asian.

Dating and sex: The news predicted that there would be tactile and disease-free â€œcabin-like environmentsâ€ in which people could have sexual interactions with â€œother humans or virtual partnersâ€. Today, some companies are marketing toys and adult entertainment to accompany virtual reality headsets.

Pets: The news predicted that people could clone their pets and genetically modify any traits they want in a pet. In 2004, a Dallas-area woman paid a genetics company $ 50,000 to purchase the first commercially cloned cat, Little Nicky. Some genetically modified animals can also be purchased as pets.

How To Watch The Yellowstone Season 4 Finale Online