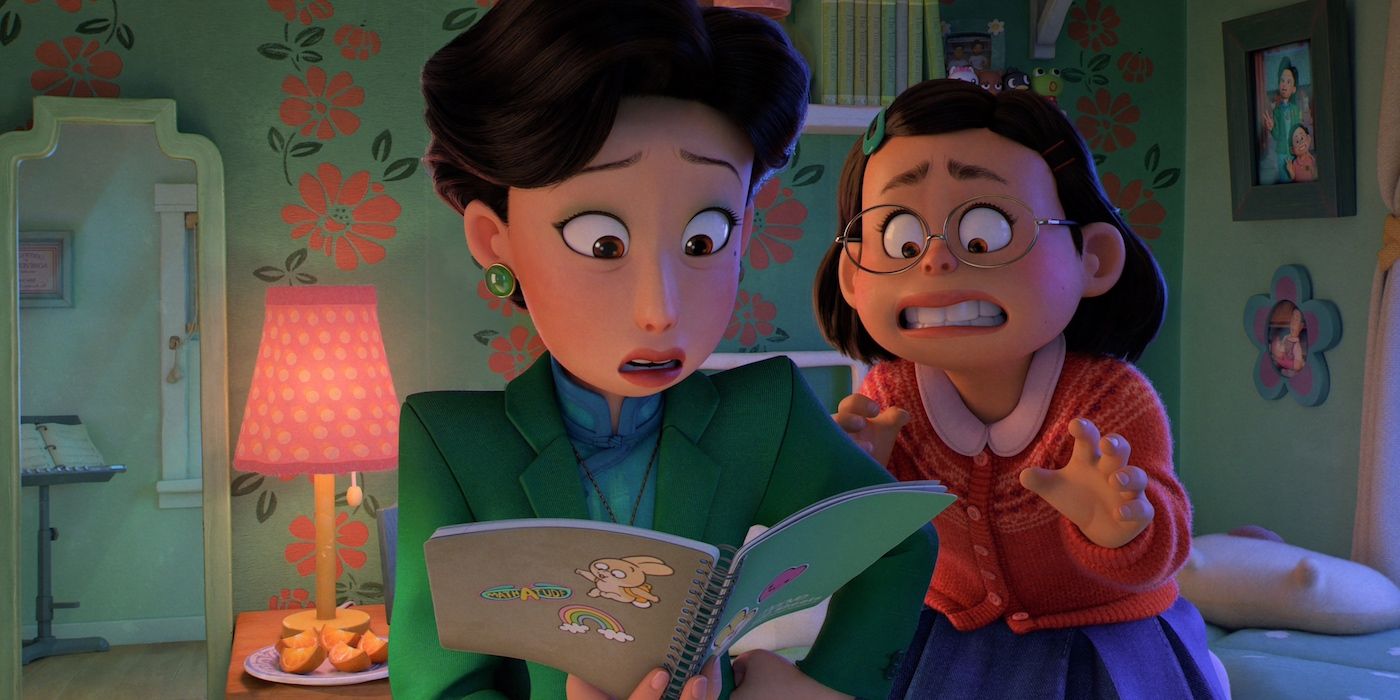 How Turning Red Sets Up a Sequel and Spinoffs

Turning Red ended on a happy note for Mei’s family, but there are still magical threads hanging in the balance for a sequel and spinoff regarding her lineage.

turn red did a really good job with young Mei, getting the 13-year-old to deal with her ability to transform into a giant red panda once she hits puberty. It quickly evolved from a story of her and her friends trying to see off the boy band, 4*Town, to a story of generational trauma and controlling mothers. However, although it ends on a full note with Mei’s family healed, there are still outstanding threads for a sequel and spinoff, which director Domee Shi is already interested in.

Turning Red 2 may focus on Mei in college

It would be a travesty for Mei’s high school journey to be unique, especially since there aren’t many franchised Asian properties, so a follow-up can focus on a celebrity Mei in college with Miriam, Priya and Abbie. It would shift from the younger narrative of menstruation and puberty to older topics like dating and careers, giving the property a slightly more mature spin for older teens and young adults.

It would make their female journey even more interesting, which may even touch on LGBTQ+ issues in the diverse crew. Plus, they can part ways with Mei rising to fame with the public knowing and loving her Panda side. This pressure can test Mei mentally, leaving her afraid of losing control like her mother, who could now become her healing factor to add depth to their once antagonistic bond.

A prequel that turns red may focus on Sun Yee

Sun Yee is the ancestor of feudal-era China who prayed to the gods to transform her into a Panda to protect her clan. She passed on this gift to Mei’s family, so a prequel may detail Sun Yee’s journey. It would be in the sense of Mulanerepresenting female power and another badass Asian warrior who did everything to take care of her own.

It’s a beautiful blank canvas that could dissect the mystical side of Mei’s bloodline, with evil warlords using supernatural means to fight back. Sun Yee and her proteges may even have had enemies transforming into animals affiliated with Chinese lore such as dragons, so this could be an emotional journey through Mei’s ancestral history.

Sun Yee’s enemies could have passed on their talents, so a sequel may have them hunting her family as part of a vendetta after Mei comes into the light. This creates a brutal rivalry with Mei and her hunted relatives, opening up a new dimension to the franchise.

It could make Mei a superhero, not only defending her family’s honor and legacy, but trying to save the world from the villains who have been stopped by Sun Yee and his descendants over the centuries, giving to Mei a new goal. Additionally, fans would take part in this pseudo-kaiju war with giant pandas fighting other cute creatures.

Spinoff That Turns Red May Focus On Mei’s Cousins

Mei’s aunts came to help save her and Ming, so there’s the Teen Wolf too road to follow when the Wolves franchise moved from Michael J. Fox’s Scott to his cousin, Jason Bateman’s Todd. With a new woman in sight fans can see her struggling to live in Mei’s shadow, jealous and angry folks expect her to be a celebrity too now that the secret is out.

This spinoff may dissect more aunts, explaining why they and their grandmother, Wu Lee, became so bitter and ready to seal their Pandas. It would add nuance to the family tree, show how different personalities are doing, allow more pandas to shine and delve into how women, coming to the West, have lost their sense of tradition and their deep-rooted heritage by viewing their guardians as curses. . It would address how globalization sometimes leads people to unwittingly neglect significant parts of their culture that need to be preserved.

Turning Red is streaming now on Disney+ and will also hit theaters in regions where the streaming service is unavailable.

KEEP READING: Pixar’s Turning Red Is a Deliberate Metaphor for Puberty and Menstruation

The Batman Made Zack Snyder’s Biggest Mistake Even Worse

I am a former chemical engineer. It was boring so I decided to write about things I love. On the geek side of things, I write about comics, cartoons, video games, TV, movies, and basically anything nerdy. I also write about music in terms of punk, indie, hardcore and emo because well, it’s rock! If you’re bored now, then you also don’t want to hear that I write for ESPN on the PR side. And yes, I wrote sports for them too! Not bad for someone from the Caribbean, huh? To top it off, I’ve written short films and documentaries, conceptualizing stories and scenarios from a human interest and social justice perspective. Business-wise, I make big cheddar (not really) as a copywriter and digital strategist working with some of the biggest brands in the Latin American region. In closing, let me remind you that the geek will inherit the Earth. Oh, FYI, I would love to write the Gargoyles movie for Disney. YOLO. That said, I’m on Twitter @RenaldoMatadeen. Well done.