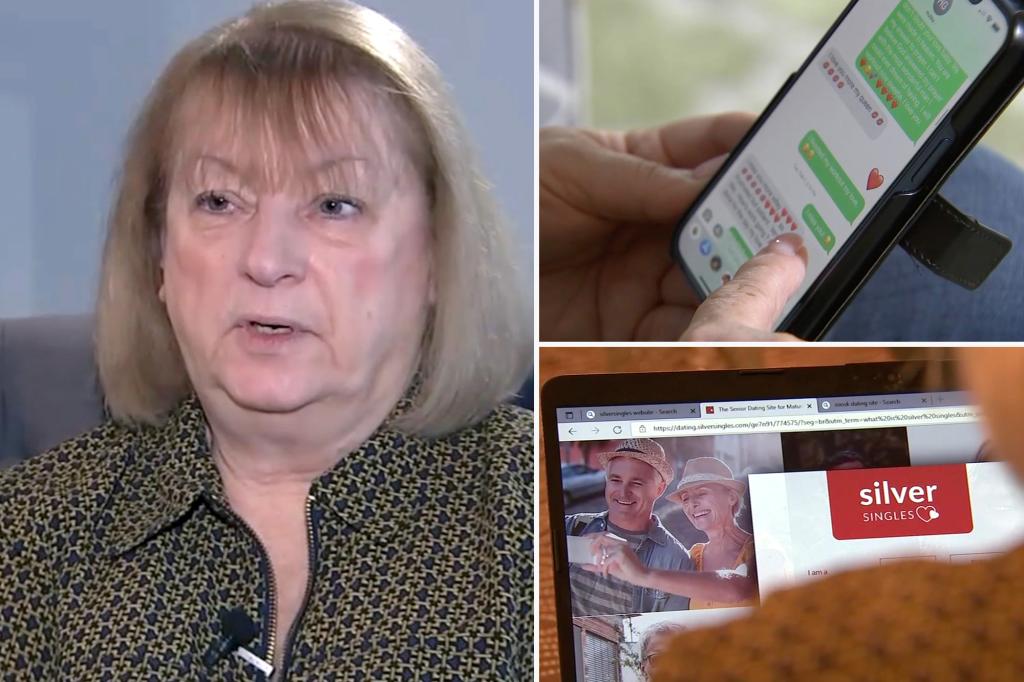 A heartbroken woman has shared that she didn’t realize she was the victim of an online dating scam until she watched Netflix’s The Tinder Swindler.

She said she spent $92,000 on a man she thought loved her and was now delaying retirement to get out of debt.

“I thought I was in love because every time I heard about him my heart would burst. And it was interesting, exciting,” said Kathy, the scammed woman who requested that his last name remains hidden, to ABC7 in an interview.

“And after every phone call before we hung up, we took turns praying and even that, he was really cute.”

She told ABC7 she met the man after signing up on SilverSingles, a dating platform for people over 50.

She noted that she was alone during the pandemic and decided to give it a try.

She then teamed up with the mystery man and the relationship went perfectly.

She claimed that the man would woo her by calling her sweet names and constantly complimenting her.

And when it came time for the scammer to start scamming, Kathy didn’t question his intentions – despite never meeting him.

“I asked to meet him. And he said, ‘Well, I’m leaving for a job in Toronto, and I have to get there fast,’” she recalled.

“A few weeks after he supposedly arrived in Toronto, he said, ‘I need these permits to work here and I need $5,000 for this permit. And they won’t take a check or anything.

“You know, I’m falling in love with him.

“Why wouldn’t I want to help them? Kathy explained.

She said the man then fell into other scenarios – like getting into a costly accident – which required him to use money he claimed he didn’t have.

When Kathy told him she didn’t have that kind of money to lend, he encouraged her to think of other ways to get it.

Kathy eventually took out a loan against her home to help her needy online lover.

She claimed she was confident she would be reimbursed because the man had sent her a screenshot of his supposed bank account, which contained a lot of money for the reimbursement.

However, she opened her eyes to reality after her friend convinced her to watch Netflix’s The Tinder Swindler, which follows the cases of several women who have lost money to online scams.

After all was said and done, she said she gave this stranger $92,000 during their relationship.

She now has to delay her retirement to get out of this debt.

“He broke my heart.

“He tore my life apart,” she said.

HOW TO STAY AWAY FROM INTERNET SCAMS

While it might seem like a common safety precaution to never give money to a stranger on the internet, people get scammed through dating scenarios more often than you might think.

According to the Federal Trade Commission, relationship scams grew six times more popular between 2017 and 2021 and cost people $1.3 billion over a similar period.

In an interview with ABC7, Steve Bernas, president and CEO of the Better Business Bureau of Chicago and Northern Illinois, said the numbers are likely higher, but people are too ashamed to report being involved. in a.

He said you’re probably meeting a scammer if the person still has a reason why they can’t meet in person.

“That’s what we call whistleblowing,” he noted.

The full statement is below:

“Security is always a top priority in everything we do, across all of our brands at Spark Network.

“When detecting any potential fraudulent behavior, we apply numerous countermeasures.

“Unfortunately, as with any online activity, there are ‘bad actors’ out there, but we remain committed to keeping our users safe on our platforms.

“We also invest in user education, as demonstrated by the security pages on our sites (see links below), as it is crucial to arm our community/audience with the right tools to mitigate the risks of online dating.

“We also refer our users to the Federal Trade Commission’s online scam site.

“Dating should be fun, so we want to make sure our platforms are a safe and comfortable space for our users.

“We urge any user who suspects someone they are in contact with, or if they are in any of the situations listed below, to immediately cease communication and report the account to our support team. customer service.

“Below is a list identified by our Fraud/Security team of potentially concerning behaviors that should be reported to our Customer Service team.

“If there is an immediate request for outside communication in the first message(s), primarily via email, WhatsApp, Google Hangouts or Skype.

“If the suspected scammer asks for contact details because they are ‘deleting their profile’.

“If the alleged scammer’s message appears to be very generic and not personalized.

“If the alleged scammer uses overly affectionate or complimentary language, especially in the early stages of communication.

“If the message is written with bad grammar and spelling mistakes.

“If there are requests for money, it doesn’t matter the amount.

“If there are any requests to connect to their bank account ‘for’ them.

“If there are statements stating that the alleged scammer is currently overseas.

“If there are reports that a loved one of a suspected scammer is sick or injured and needs funds to help.

“If the alleged scammer finds excuses as to why they can’t meet in person or FaceTime/Skype.

“If the user receives emails from the alleged scammer stating that they are leaving the site, but their friend/colleague/family member has seen the user’s profile and wants the user to contact them .”

This story originally appeared on The Sun and has been reproduced here with permission.