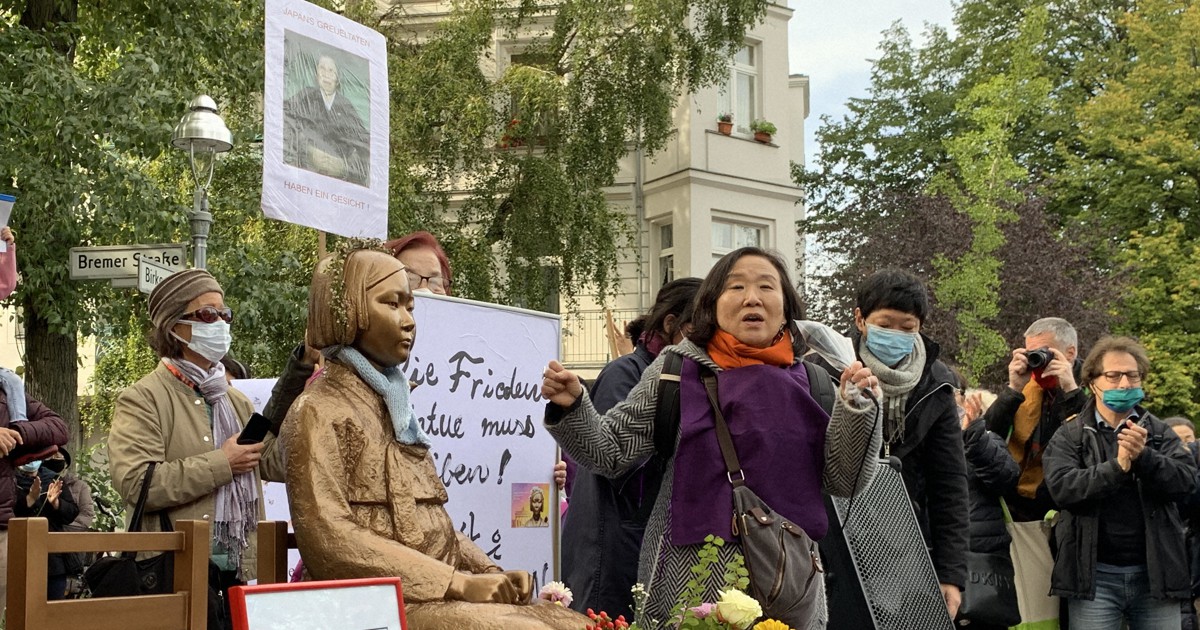 The request was made when Kishida and Scholz met in Tokyo in late April, Chief Cabinet Secretary Hirokazu Matsuno said, expressing the government’s disappointment at the statue’s continued presence after it was erected by a pro-civic group. Korean in 2020.

Relations between Japan and South Korea have been frayed over issues dating back to Japanese colonization of the Korean Peninsula from 1910 to 1945, such as that of Korean women who were forced to work in wartime brothels for Japanese troops.

The statue in Berlin’s central district of Mitte was erected in September 2020 after local authorities approved the installation for a year. The approval was later extended for another year.

“The prime minister said it was extremely regrettable to see the comfort woman statue still standing and again asked for the cooperation of the German side,” Matsuno said at a press briefing without giving further details. .

“We will approach the various parties involved, tenaciously explain our government’s position and call for the rapid removal of the statue,” he said.

Scholz chose Japan as the first Asian nation to visit since becoming chancellor in December. He met with Kishida on April 28 to deepen security ties and discuss the crisis in Ukraine.