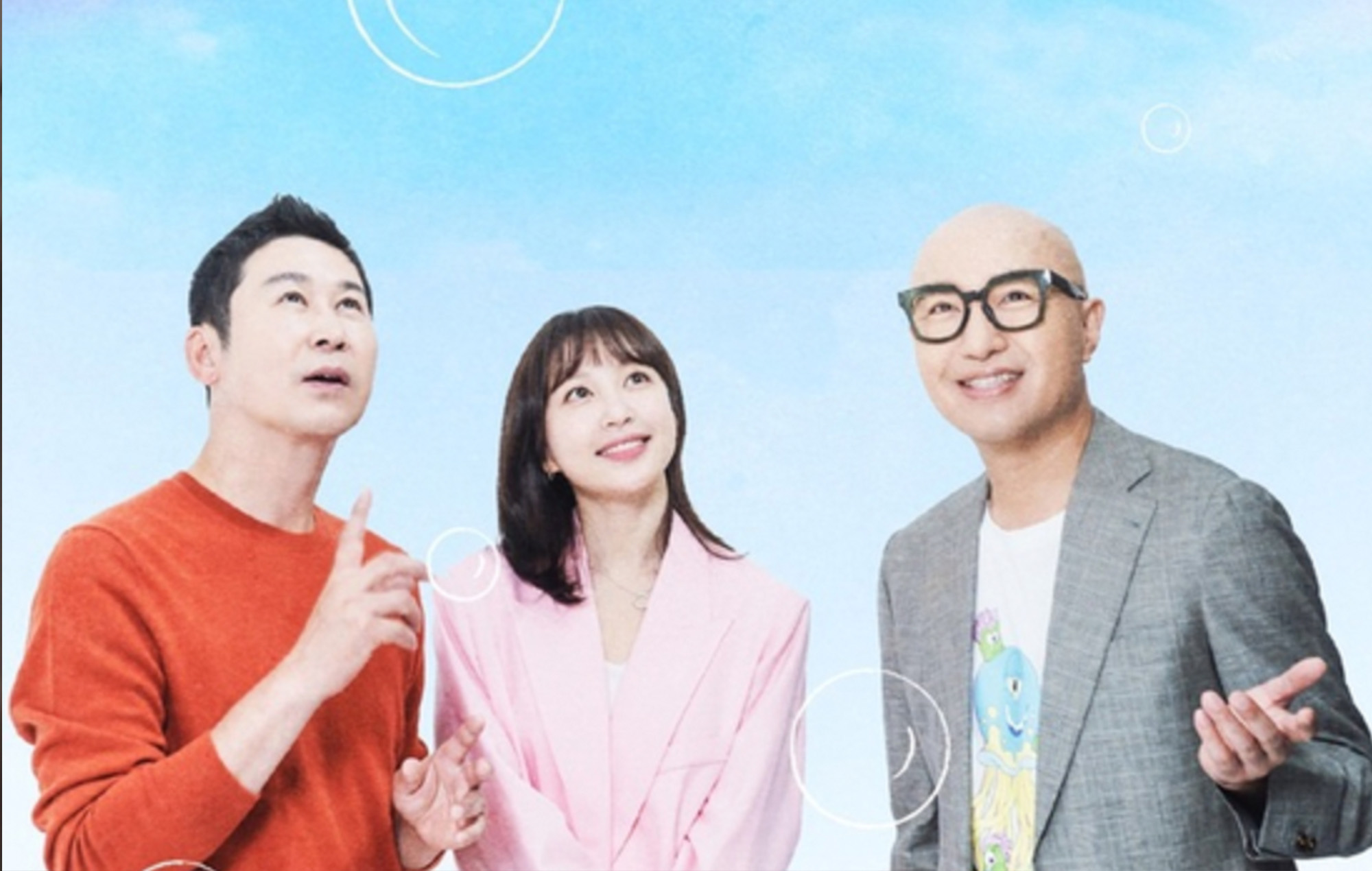 Merry fagot is set to be hosted by comedians and entertainment personalities Shin Dong-yup and Hong Seok-cheon, as well as Hani from K-pop girl group EXID, who are all featured in the poster. However, Wavve has yet to reveal any details about its participating cast.

Merry fagot was first announced by Wavve last month as one of two new LGBTQ-centric shows to air on the platform this year, and has been described as “Korea’s first romantic reality series” that revolves around the challenges faced by LBGTQ+ couples.

According The Korea Times, Wavve is set to premiere a second LGBTQ+ series titled A stranger’s love in mid-July, it is said to be a dating series where gay men will move into each other’s homes in search of love.

“It will not only be fresh but also extremely fun, we will discuss and present social issues that we want viewers to seriously think about and sympathize with,” Wavve said in an earlier statement, translated by Koreaboo.

The premieres of Merry fagot and A stranger’s love by Wavve comes on the heels of the growing popularity of boy-loving (BL) K-drama series in the East Asian country. Earlier this year, streaming service Watcha released the hit series BL Semantic errorwith DONGKIZ’s Jaechan and former KNK member Park Seo-ham.

Love Capsule: I talked about sex with my brother-in-law from a fake profile