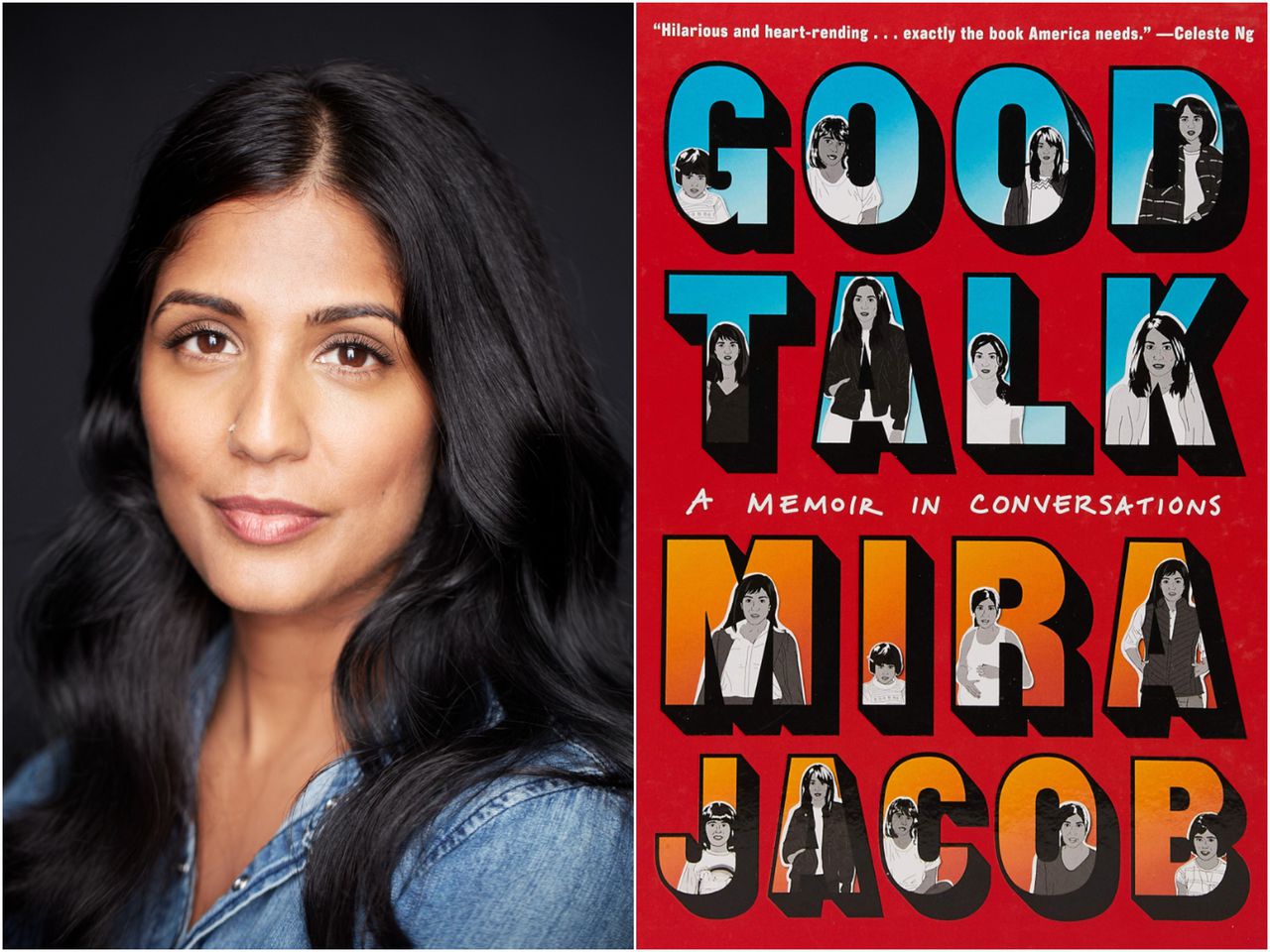 A 6-year-old child asks his mother: “Was Michael Jackson brown or was he white?” A South Asian man accuses a South Asian woman of dating a white man because she wants to be colonized. A woman of color is told by her white mother-in-law that the mother-in-law has the right to vote for Donald Trump and that the young woman should “let it go”.

These conversations — all real, none of them easy — are presented as literal scenes, constructed with paper doll-like designs glued to photos, in Mira Jacob’s 2020 graphic memoir, “Good Talk: A Memoir in Conversations.”

The book is this year’s selection for everyone is reading, a community reading program hosted by the Multnomah County Library and the nonprofit Literary Arts of Portland. After several weeks of events inspired by the book, Jacob concludes the program with a talk at 7:30 p.m. on Thursday, March 10 at the Arlene Schnitzer Concert Hall. Tickets start at $18 and are available at literary-arts.org.

Jacob recently spoke about “Good Talk”; Here are excerpts from the conversation.

Q: How is it to have your book at the center of a community reading program?

When you write a book like this, especially a memoir, you have to go to a place where you imagine no one will ever read it, just to make sure you’re writing the truth of things. And so it’s been amazing since the book came out to find that people are reading it and connecting with it.

Much of this book was about trying to interrupt the kind of conversations we have about race in America. So to have the chance to actually do that…it’s unbelievably good.

Q: It’s striking how much of your life and your brain you were willing to make available to the public.

A: I didn’t write down how many things I could have.

Q: “Good Talk” has been described as “deeply relatable”. Did you find that to be the case in terms of the response to the book?

When people talk about race in America, it’s often framed as a black and white issue. … If you look at how we actually fall apart and how complicated our racial backgrounds are and how nuanced they are, you realize that everyone has a stake in that.

I was more surprised when I went out (on tour) with it, how many people came up to me and told me different versions of things.

(People of color would say) ‘Look, I had to live my life this way and that’s what confusion looked like to me.’ And some people were white passing and said, “People don’t know my mother is this or my father is this and I carry that with me.”

It was interesting for me to see how many different ways people felt invisible and misunderstood and terrified and also really worried about making a mistake.

Q: “Good Talk” was sparked by a conversation you had with your son about Michael Jackson. Why do you think people find this origin story so interesting?

A: We looked at a man who was handsome and dynamic and had nothing to erase, to erase himself. And what does that mean for the rest of us?

Q: Did posting “Good Talk” spark conversations within your family that you wanted to have?

A: When I was on tour with the book… I felt like so many people were asking me, “Hey, how are you doing with your family now? And I had to say over and over again, ‘No, they’re the same. I am really sorry. It wasn’t a fantasy.

I wrote 80 conversations and cut 30, and it was because I was wondering, “Did you write this for clarity or justification?” What if I wrote it just for justification i.e. it made them look like fools and it made me look like a hero… then I cut it out of the book because the part that hurts me isn’t that they are monsters. What hurts me is that they love me and continue to do so.

Q: Is there anything else you would like people to know?

A: I’m just really excited to come to Portland.