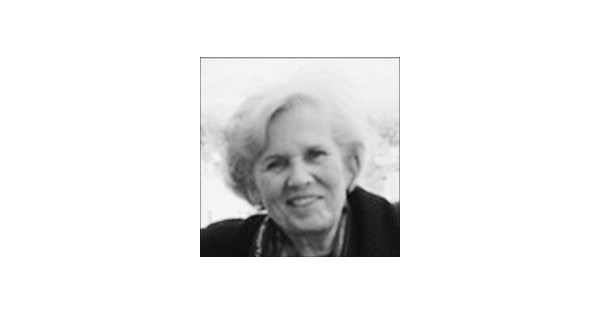 By Linda R. Burnham Last updated Jan 21, 2022
Share
LEHNER, Monique Brancart died on January 4, 2022, after having suffered for several years from Alzheimer’s disease. Monique was born on July 26, 1930 in Schooten, Belgium, to Reine and Arnold Brancart. At the time, Arnold was working for Caltex in Switzerland. The couple had returned to Reine’s family home in Belgium for the birth, and Monique retained a Belgian passport for the next thirty years without ever living in the country. Shortly after the birth, Arnold was appointed Director for the Middle East and they moved to Alexandria, Egypt, a city and country they grew to love passionately. Monique lived in Alexandria for seven years and then in Saigon for two years. While there, she contracted malaria and so was sent to the Convent of the Birds in the healthier mountain climate of Dalat, a French convent school founded by Empress Nam Phur’o’ng, who had studied with the same nuns. in France. In September 1940, when the Japanese moved south and invaded Indochina, all European women and children were evacuated. As refugees, Reine, Monique and her younger brother, Claude, lived in Long Beach, California during the war. In 1945 they happily returned to Egypt, this time to Mahdi (Cairo), where she attended the American School in Cairo (and was much admired by Edward Said, according to her memoirs) and where she was the junior diving champion from Egypt. Monique spent a year at Prealpina, a Swiss boarding school for young girls. In 1948, she met her future husband, Philip Lehner, aboard the Queen Elizabeth. Monique was traveling with her family to the United States to attend Smith College. Philip and his father were returning from a business trip. At Smith, Monique majored in geology, with plans to return to Egypt and work in the Sinai Peninsula. Instead, after dating Philip for three years, she married two days after her twenty-first birthday, in 1951, and moved to Philip’s hometown of Hingham, Massachusetts. They lived there for the next sixty-four years. As soon as her fifth child, Brigitte, entered school, Monique began to study, at Harvard and at the Radcliffe Institute, the history of American architecture, then a new academic discipline, as well as decorative arts and carpets. ‘Central Asia. And in 1974, she belatedly obtained her BA. Monique was president of the New England chapter of the Society of Architectural Historians and a member of their national board of directors. While her five children attended Milton Academy, she served as a trustee of Milton. With Minxie Fannin, she co-founded Fannin-Lehner, a preservation consulting firm. They surveyed New England towns for historic and architectural assets, nominating properties for the National Register of Historic Places and National Historic Landmarks, working with local historic commissions to implement preservation plans . Monique has also lectured extensively on Oriental rugs, worked as a historical color consultant and served on the board of the Hingham Land Conservation Trust. Monique grew up bilingual, while speaking enough Arabic; in her married life, she learned Spanish and Portuguese. Above all, Monique was devoted to her children, creative and tireless in helping them achieve their dreams. She taught all of her grandchildren about fenestration (which she cared about deeply) in all its myriad forms. Monique has made The Orchard, the American home of Philip’s business friends from around the world, his extended family and his children’s friends, creating a global meeting place in Hingham. In 2015, after Philip’s death, Monique moved to the Hudson Valley to live with her eldest daughter and son-in-law. Everyone who knew her was unfailingly impressed by her good humor and kindness, as well as her continued fluency in 3 or 4 languages, even as the disease progressed. She died peacefully. Monique is survived by her five children and their spouses: Christine (Charles Branch), Carl (Sandra), Michael (Monica), Peter (Fritz Beshar), Brigitte Kingsbury (Hal); fifteen grandchildren: Reine, Tristram, Myric, Jessica, Walter, Erica, Caleb, Peter Kim, Christian, Madeleine, Nadine, Eliza, Marina, Matthew, Dylan; and five great-grandchildren. She was predeceased by her beloved husband, Philip, in 2013; and by his beloved younger brother, Claude Brancart, in late December 2021. There will be service in Hastings-on-Hudson, New York in late spring or summer. In lieu of flowers, please consider a donation to the Hingham Historical Society, hinghamhistorical.org or Untermyer Gardens, www.untermyergardens.org