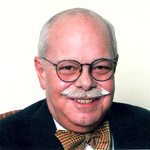 You’ve probably already heard that there has been an increase in computer use by older people in recent years, an increase that has accelerated since the outbreak of the coronavirus pandemic. But what you might not know is that more and more people over the age of 55 are using their PCs, Macs, and iPads and dating apps to meet and arrange dates online. “Survey shows that over a third of single seniors enjoy online dating,” according to Rebecca Weber, CEO of the Association of Mature American Citizens, AMAC.

Independent insurance agency Choice Mutual conducted the study and CEO Anthony Martin told Forbes magazine: “Seniors actively play the dating game, and in the past five years alone, 37% have dated. . They largely use the same methods of meeting people as younger generations, including going online to meet potential partners through dating apps and websites, and even social media.

Charles King of Pund-IT, who publishes tech news, says dating apps are easier to use for older people these days. He says they have become almost like familiar household appliances. In addition, he says, the prevalence of social media such as Facebook and Twitter has become an easy way to stay in touch with friends and family “so taking a step forward in dating apps is not that difficult. nor as unusual as it would have been a decade or more ago.

Dr Mayda Antun, chief medical officer of IMC Health Florida, says that “staying romantically and sexually active in your later years is now more common than ever. We can see that older people casually come out later in their years of life than previous generations. This can be attributed to better health in the elderly, longer life expectancy, more divorces, more open attitudes towards sex and internet dating, and recognizing the importance and value of friendship.

In a recent article published by Miami’s Community News, Dr Antun offered advice to those who may be looking to date on the internet.

To be on the safe side, she notes that it’s important to use a safe dating site, perhaps recommended by a friend or family member. She says:

“There are many online dating sites, even some aimed specifically at older people, where older people can meet other people from the safety of their own homes. However, older people tend to be even more prone to cat fishing, identity theft and financial scams.

Talk by video call, or at least by phone, before you meet in person.

Check your date on social media and other public websites.

Meet for the first time in a place you know, never at your home.

Share the location of the date, the person’s name, and any other important information, with a trusted friend or family member.

As for setting up a face-to-face meeting, she says:

“Seniors, in particular, should also take health precautions during the COVID-19 era, due to their susceptibility to the virus.

Wear a mask and possibly gloves.

Go to a location that meets COVID-19 safety guidelines or where it’s easy to maintain social distancing, such as a restaurant or park.

Wash your hands before touching your face and after holding your hand. Avoid hugging and kissing until you are sure your date is not sick! “

John Grimaldi contributes to the Association of Mature American Citizens (AMAC) 2.4 million member columns www.amac.us; a vibrant and vital elderly rights organization that takes its orders from its members. AMAC Action is a non-profit, non-partisan organization representing members in our nation’s capital and local congressional districts across the country.