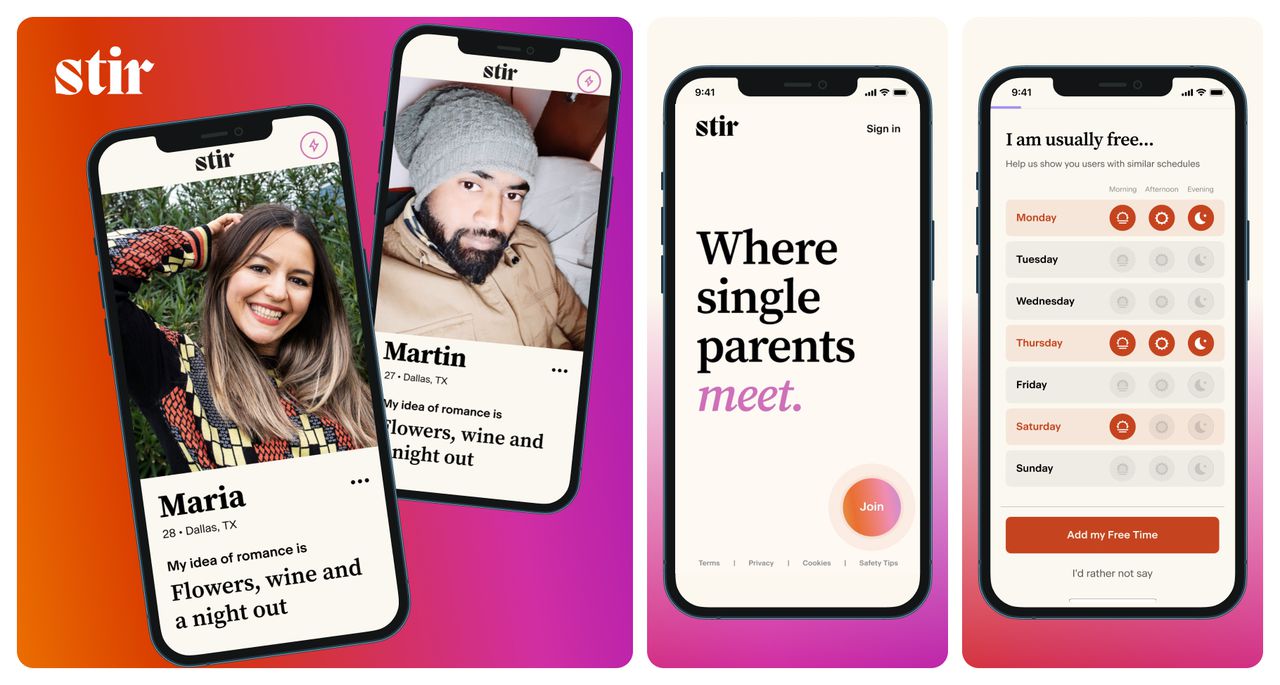 Stir aims to provide a connection to the 20 million single parents in the United States.many of whom say they are often underserved on mainstream dating apps.

The launch of Stir takes place on National Single Parents Day, a day to honor and celebrate single moms and dads raising children.

One of the app-exclusive features is called “Stir Time”, a scheduling feature where members can view their “personal time” with matches to make it easier for them to coordinate schedules and eliminate friction with parental schedules. .

“Having kids shouldn’t be a dealbreaker when dating,” said Dinh Thi Bui, vice president of New Verticals at Match Group. “We are committed to providing single parents with a dating experience where they are celebrated and feel like they can be themselves. With this, we hope they can truly focus on a personal life beyond parenthood.

According to Stir, one in four single parents (27%) say scheduling coordination usually prevents them from having dates.

New data from 1,494 Stir members reveals what single parents are really looking for when looking for a dating partner and the challenges they face when dating kids. Key information includes: