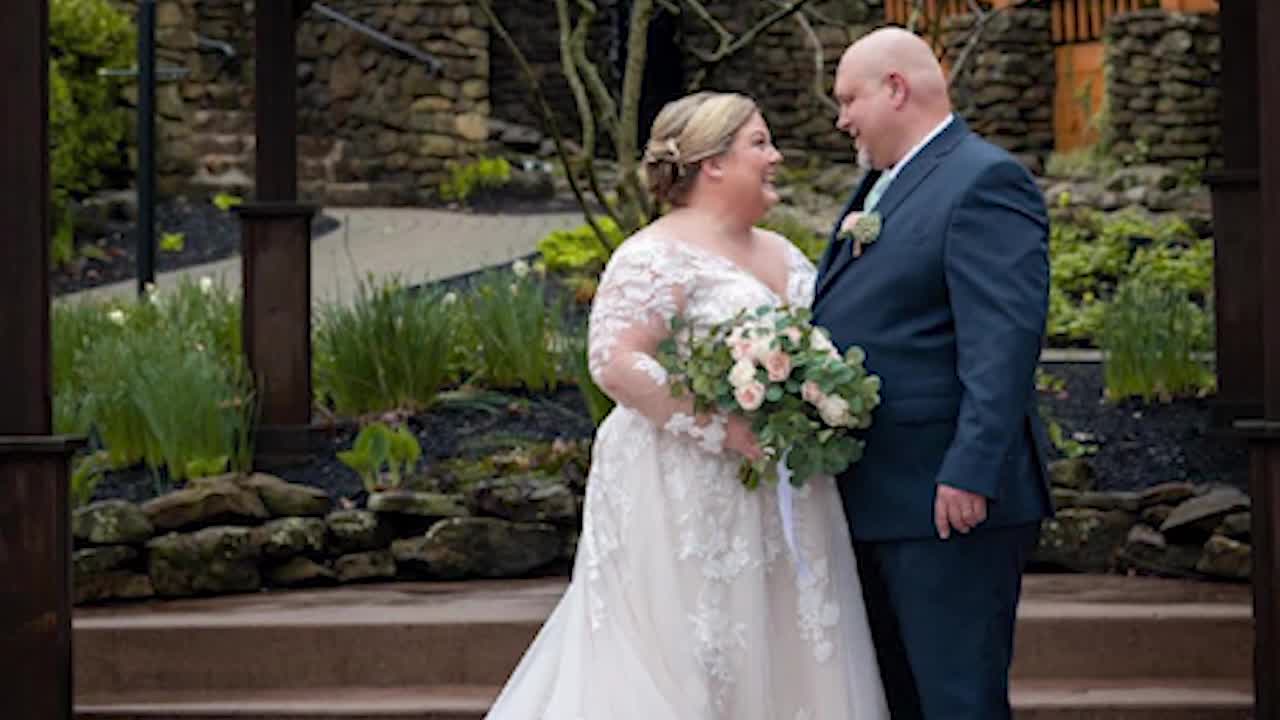 TRUMBULL COUNTY, Ohio (WJW) — It was a beautiful day when Champion Township’s Gwendolyn Stulgis married the man of her dreams, Frank Stulgis, at Landoll Mohican Castle in Loudonville, Ohio.

It was back in early May in front of an intimate crowd of family and friends.

The couple met at the start of the pandemic on a popular dating site.

“We both work really long hours, you know, so only my boss, a friend recommended me to go on E-Harmony and that’s kind of where we met.”

Shortly after, Gwendolyn says they got engaged and wedding planning began, including the search for the perfect wedding dress.

“I really didn’t want to spend too much money on a wedding dress. I didn’t really feel the need to have something so extravagant and to have so much money that we would put aside.

With the average cost of a wedding dress at $1,200, Gwendolyn’s original budget for the wedding dress was $1,000. That is, until she saw this champagne-colored V-neck lace-up ball gown at a local bridal store.

“I started getting emotional, crying because that was really all I wanted it to be.”

So instead of wrapping the dress for years to come, Gwendolyn decided to pay it forward, creating a social media post that she would donate the dress to a deserving woman who might not be able to. to afford the dress of her dreams.

“I just want to make someone else happy. I want to do something nice for someone else and hope they appreciate it and pass it on down the line.

You heard right, there is a catch.

Along with sending Gwendolyn a few short paragraphs about why she deserves to have the dress, the lucky bride-to-be also has to pay her and donate the dress after her wedding day.

“You spend a lot of money on things like that and we wear it once, maybe twice and you put it away and you just don’t feel like it’s anything like that particular dress .”

All prospects must have a wedding date planned within the next three to six months.

Gwendolyn has already received inquiries from 45 women from as far away as Michigan, Tennessee and even Texas.

The winner will be announced via Facebook live this Saturday, June 4 at noon.