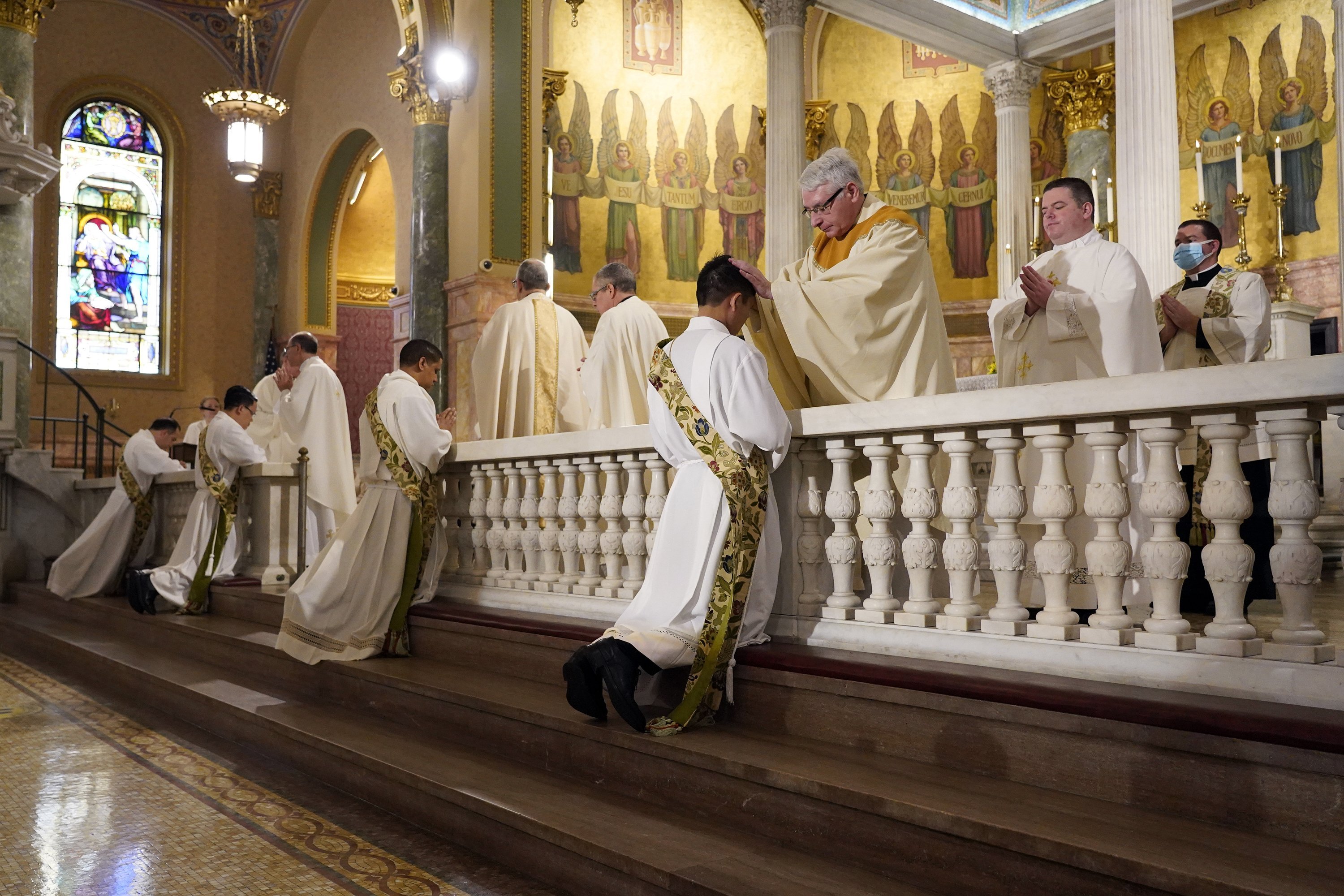 WASHINGTON, DC — The annual report of new priests commissioned by U.S. bishops shows that among those who responded, a dwindling number are white, a sign of the Catholic Church’s “small-C” nature.

This was just one of the findings of The Class of 2022: Survey of Ordinands to the Priesthood, conducted for bishops by Georgetown University’s Center for Applied Apostolate Research, published May 2nd.

While calls are coming from many corners for the US government to reduce student debt, the survey found that 58% earned an undergraduate or graduate degree before entering seminary. But they also brought significant student debt with them when they entered the seminary. That debt, on average, was $29,550, CARA said.

“Those with student debt were not delayed because of it, except for four respondents who were delayed between one and two years.”

Ordinands pursued a wide variety of academic disciplines before responding to the call to the priesthood. Seven areas received at least 10% of respondents’ responses, with none obtaining more than 17%. In descending order of choice, these were Philosophy, Liberal Arts, Theology, Business, Science or Mathematics, Education, and Engineering.

There was a strong tendency to work in education before joining the seminary, constituting 16% of all ordinands; the second highest occupation was at 9 percent.

Distinct minorities, both among diocesan and religious priests, attended Catholic schools at all levels: primary, secondary or college. Even smaller was the number of those who were not born in the United States. But the majority went to their parish’s religious education program, by a margin of nearly 2 to 1.

In their parishes, 74% served as altar servers before entering seminary and 51% served as lectors, the only ministries that garnered affirmative responses from more than half of the respondents.

Three-eighths of the respondents had been extraordinary ministers of Holy Communion or catechists. Three in ten have served in a campus or youth ministry. And a quarter had served as sponsors or confirmation sponsors, or as cantors or in the music ministry.

The largest percentage of diocesan ordinands had gone to seminaries in the Midwest, while the largest number of religious seminarians had received their seminary education in the South.

Older vocations are quite rare. CARA said only 14% were 41 or older when ordained. Men between the ages of 25 and 70 were to be ordained this year, and the average age was 33.

Three out of five ordinand respondents are white, while 22% were Hispanic, 11% are Asian/Pacific Islander or native Hawaiian. Only 4% were black. Foreign-born ordinands made up 26% of respondents, consistent with surveys dating back to 1999, when 28% of respondents were foreign-born.

Who is Josh ‘Bru’ Brubaker? Meet the TikTok star and radio host set to appear on Netflix’s ‘The Circle’