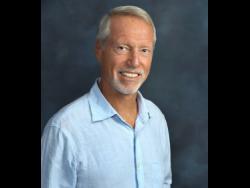 In recent years, seaweed has been seen as a nuisance in the Caribbean, its presence tarnishing pristine beaches and discouraging tourism. The “weed” contained in its name does not help public perception, therefore, “seaplant” will be used to balance this story to enhance its image.

With further investigation it becomes evident that marine plants are hidden environmental champions that are underestimated and not fully understood. Marine plants provide many ecosystem services and are a non-input food crop that does not require fresh water, animal feed, fertilizer, or land that can be cultivated over large areas of the ocean. Additionally, marine plants can double their biomass in two weeks, sequestering massive amounts of CO2 as a natural solution to help decarbonize our planet.

Besides China, Indonesia is the world leader in marine plants, followed by the Philippines for the production of over 80% of the world’s carrageenan, which is used as a thickening, emulsifying or suspending agent in the food, chemical and pharmaceutical industries. . The other countries include South Korea, North Korea, Japan, Malaysia, and India. Zanzibar is also a major producer, employing around 25,000 farmers, of whom around 80 percent are women. In all of these countries, marine plants are cultivated using traditional methodologies, including the off-bottom fixed line method, the floating raft method and the basket method. Remarkably, the billion-dollar carrageenan marine plant industry has remained artisanal despite explosive growth.

About 21 species of local marine plants are consumed in 15 Caribbean countries as traditional drinks dating back to the first half of the 19th century. Over the past 20 years, small-scale beverage processing facilities have been established in Jamaica, Barbados, Grenada, Antigua and Barbuda, Trinidad and Tobago, Saint Vincent and -the Grenadines, Saint Lucia and Dominica.

The cultivation of Caribbean marine plants, as biomass for the carrageenan extractive industry, began in the 1970s when seeds of marine plants from St Martin were introduced to experimental farms developed in Guadeloupe and Martinique. The economic return was too low to compete with Asian sources to produce carrageenan, which sells for less than $ 1 a pound.

There is a significant potential market for regenerative and healthy marine plants harvested from the crystal-clear waters of the Caribbean Ocean and labeled “superfoods” for the global $ 168 billion food and supplement industry. Marine plants contain 92 of the 102 essential minerals needed to strengthen the human immune system to fight COVID-19 and other inflammatory diseases. A superfood brand would also be attractive to the emerging market of environmentally conscious and human consumers looking for alternatives to unsustainable protein produced in polluting animal factories.

Therefore, the initial target market for the Caribbean is expected to be high value-added exports of sustainable marine plant products for human consumption, where it has a brand advantage with proximity to North American and European markets. In addition, the rapid and continued expansion of the marine plant industry will be driven by a growing global demand for edible marine plants certified as contaminant-free. This competitive advantage presents a major problem for the complex distribution systems of established Asian marine plants, associated with the questionable quality of the littoral water in the region. Transparent and traceable supply chains for marine plants will soon become mandatory to ensure informed customers that they are not consuming products grown in polluted waters laden with pathogens, heavy metals and microplastics.

The Caribbean has the potential to introduce an agriculture and distribution system in which the marine plant is traceable to where it was grown and to the day it was harvested to transparently meet standards of health and sustainable certification. Consumers are increasingly willing to pay more for products that are sustainable, environmentally friendly, carbon neutral and promote social justice. Demand in Western markets for contaminant-free and highly traceable marine plant products is expected to increase dramatically, with increasing interest in sustainable alternatives that can meet future food and health demands.

Another opportunity which is vastly underdeveloped and which promises to become transformative for the marine plant industry, is genetics for the development of marine plants with desirable characteristics such as higher biomass yield and increased tolerance to marine plants. climatic changes. Unlike most land crops today, which have undergone thousands of years of selection, reproduction, and domestication to produce superior varieties, there has been little research into advanced breeding in marine plants. With modern bioengineering, the Caribbean could produce rapid results for exclusive genetic improvement of marine plants.

As a late entry into the commercial scale marine plants industry, the Caribbean stands ready to take advantage of new emerging technologies and innovations to improve the efficiency and productivity of agricultural systems that are more eco-sustainable and adapted to the emerging blue economy.

Submersible marine plant structures using cage culture would produce higher crop yields and provide protection from predators such as rabbitfish, turtles and long-thorn sea urchins as well as storm damage from typhoons in tropical regions. Additionally, the technology would provide traceability data on when and where marine plant crops were harvested to meet rigorous health and sustainability standards.

There is also a major opportunity to develop strains of marine plants with advanced selective breeding techniques that are more resistant to sunlight and heat and resistant to epiphytic diseases. This research would include the identification of solutions for optimal storage densities and photon fluence levels. Abiotic factors such as light, temperature, salinity and nutrient concentration in seawater greatly influence the composition of marine plants. Recent research shows the correlation between variation in marine plant compounds due to UV radiation and salinity, which can be optimized by selecting the water depth to achieve higher pigment yield.

The vast oceanic area of â€‹â€‹the Caribbean is currently not a limiting factor for the expansion of marine plant mariculture at sea, but climate change, with the resulting changes in water temperature and chemistry of the sea. water, could lead to a future reduction in cultivation areas near appropriate coasts. As a result, large-scale marine plant breeding operations may be required to move further offshore, which will require innovations to withstand the challenges of the harsh ocean environment.

A new multidisciplinary movement is emerging in the global marine plant mariculture industry with a focus on biological sciences and engineering that the Caribbean region could harness to launch a new sustainable industry to diversify. its tourism economy for post-pandemic recovery.

Phil Cruver is President of KZO Sea Farms based in San Pedro, California. Send your comments to [email protected]

How does 2022 compare to our assumptions about “tomorrow’s lifestyles”?