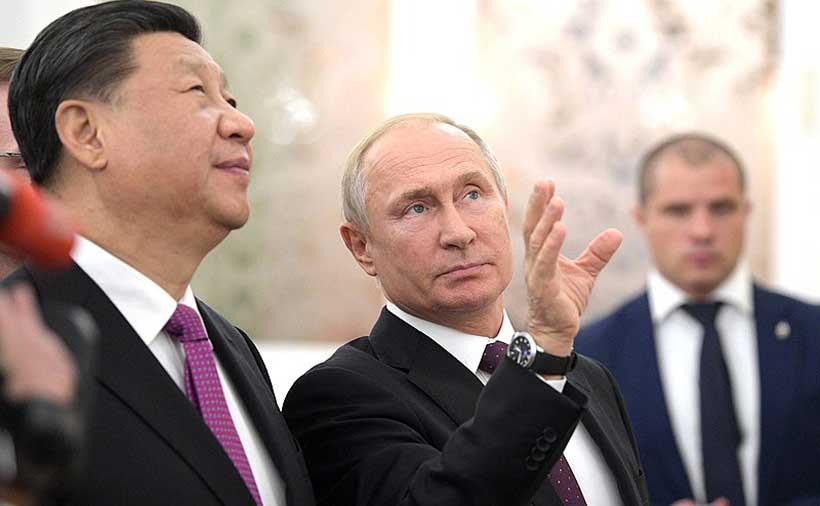 In October, Japan had inaugurated Fumio Kishida as the new Prime Minister after winning the presidential election of the Liberal Democratic Party (LDP). This new sense of state will certainly influence Tokyo’s trajectory in international and regional affairs, including in Southeast Asia.

Not only has Japan maintained intensive strategic cooperation with Southeast Asians for decades, the region’s importance has also increased under Japan’s Free and Open Indo-Pacific (FOIP). Southeast Asia, as a pivot link the Indian Ocean and the Pacific Ocean, is the key to Japan’s interest and geostrategic vision.

Since the debate on the LDP presidential election, many have identified Kishida’s political trajectory, including in the defense and security aspect. Be bold, Kishida reflected its hawkish stance on China, North Korea and its commitment to strengthen its alliance with Washington. In addition, Kishida also aimed to advance geostrategic and security initiatives with like-minded countries, particularly in the context of FOIP.

One of the like-minded countries for Japan is Indonesia, which is Japan’s key partner in Southeast Asia and the Indo-Pacific.

In its basic principle, Japan and Indonesia share the same values â€‹â€‹of democracy, regulated order and freedom of navigation in the development of strategic cooperation, particularly in the field of maritime security.

In the geostrategic context, Japan and Indonesia also have important similarities. Both countries are maritime nations and seek to maximize their maritime power, while formally having synchronized geostrategic vision. While Japan has FOIP, Indonesia has Global Maritime Fulcrum (Poros Maritim Dunia) and main initiator of the ASEAN perspectives on the Indo-Pacific (AOIP).

By capitalizing on this common vision, since the era of Shinzo Abe and Joko â€œJokowiâ€ Widodo, Japan and Indonesia have initiated many new cooperation in matters of security ranging from a high-level framework such as the meeting 2 +2 from Foreign Affairs and Defense Ministers to 2015 and 2021 aid for capacity building and joint exercises. In addition, transfers of defense equipment and joint technological development were also initiated under Abe-Jokowi.

Personally, Kishida come from a political family and lived for several years in the United States, reflecting his exposure to the international and political environment from an early age. It’s very different from Suga, who grew up in a family of strawberry farmers in a rural area of â€‹â€‹Akita Prefecture.

Politically, he was foreign minister under Shinzo Abe, Fumio Kishida is the longest-serving foreign minister in Japanese history. This reflects his deep understanding of current world affairs, compared to Suga who has spent most of his political career in the domestic arena, as Chief Secretary to the Cabinet and Minister of Home Affairs and Communication.

More specifically, in the defense and security posture, Prime Minister Kishida is willing go beyond the status quo and not block any key options in order to â€œprotect citizensâ€. During his political speeches, he said he was not ruling out the possibility of building attack capabilities due to the harsh security environment surrounding Japan. In addition, Kishida will not limit the defense budget to less than 1% of Japan’s gross domestic product if necessary.

In short, policy continuity will play a huge role. One of the reasons that Kishida managed to convince more popular Kono was due to his moderate liberality, demonstrating stability in the face of change. This was more preferred by the LDP faction leaders.

In the field of defense and foreign affairs, the continuity is boldly shown because despite the appointment of entirely new ministers to his cabinet, the only two ministers retained by Kishida are Foreign Minister Motegi and Defense Minister Kishi. By this he sent the narrative to the international community that there will be no significant turbulence caused by the change in leadership on the Japanese side.

In context on Indonesia, Fumio Kishida was the Minister of Foreign Affairs on the Japanese side who initiated the 2 + 2 meeting of Foreign and Defense Ministers with Indonesia in 2015. Indonesia is the only country in Japan to have a framework of security of this level in Southeast Asia. This frame has LED Japan and Indonesia will host a second edition of the 2 + 2 meeting in 2021, which will result in many practical defense and security cooperation agreements.

The other framework supporting the continuity of Kishida’s politics, particularly in the Indonesian context, is that his foreign minister’s counterpart, Retno Marsudi, was still in charge since Kishida last left the post of Minister of Foreign Affairs in 2017, until today. By initiating the 2 + 2 framework together, it will be easier for Kishida to resume relations with President Jokowi and Foreign Minister Retno to advance his strategic cooperation with Indonesia, especially in the field of defense and of security.

The prospect of continuity is also reflected in Kishida’s commitment to continue the geostrategic relay of his two predecessors, Shinzo Abe and Suga Yoshihide, in the realization of the FOIP vision.

Not only does Indonesia have a similar view of prosperity and maritime values â€‹â€‹with Japan, but Indonesia is also concerned about the dynamics of the South China Sea as it began to threaten the isolated islands of Indonesia. , especially the Natuna Islands. As this is a crucial cooperation opportunity, Kishida must continue to help Indonesia improve the security and prosperity of its remote islands. So, as Kishida also admitted that Indonesia is a major ASEAN country, having favorable relations with Indonesia is important for Japan’s geostrategy.

To capitalize on the potentials with Indonesia, Kishida must support Indonesia’s strategic independence as well as make the most of its position as an ally of the United States in Asia.

Despite his firmer stance on China and Taiwan issues, Kishida cannot fully project Japan’s rivalry with China in Indonesia. In addition to its strategic independence, Indonesia has and needs a strong strategic relationship with China to support many vital development projects around Indonesia. It cannot be touched.

In addition, Japan must bring Indonesia, along with other like-minded Southeast Asian countries, closer to Quad and AUKUS supporters. Indonesia is formally declared that it is concerning on the possession of nuclear weapons by its neighboring countries. On the other hand, Japan has supported AUKUS and is a close ally of the United States. Kishida’s ability to seize this opportunity will strengthen Japan’s credibility and position among Southeast Asians.