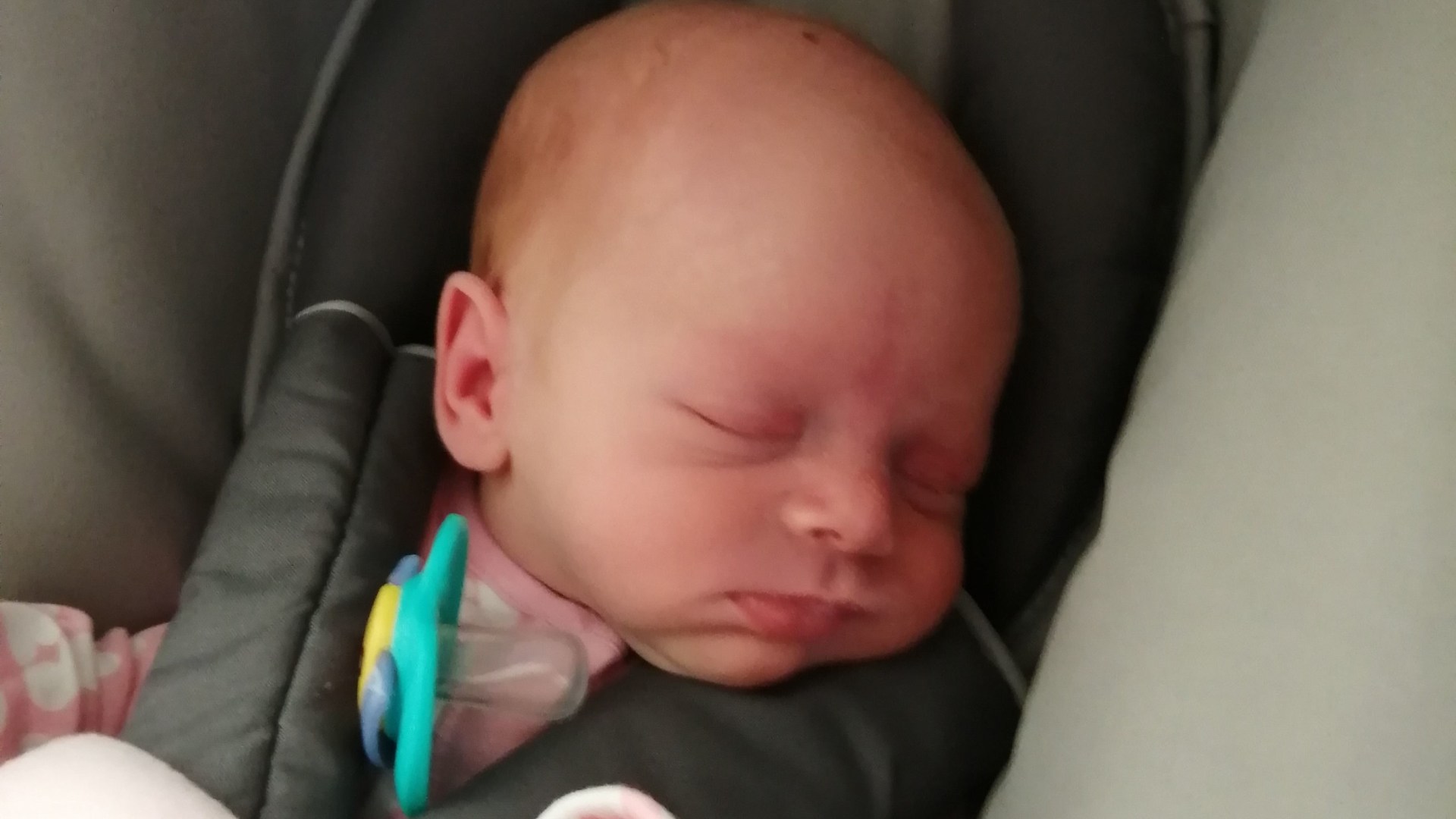 The evil father who killed his baby girl and left her with ‘appalling’ injuries, including 31 broken ribs, is jailed

A MONSTER dad who killed his 14-week-old daughter and left her with horrific injuries after weeks of abuse has been jailed.

The baby also suffered three brain bleeds after being abused by his father Christopher Easey, 31.

She was found to be malnourished after being fed custard biscuits and lemon cheesecake and was left home alone.

Christopher Easey has now been jailed for 14 years after being cleared of murder but found guilty of manslaughter and negligence.

Eleanor’s mother, Carley Easey, 36, was given a community order after being found guilty of one count of neglect.

The judge said she “did not know” that her husband had injured their baby girl.

Norwich Crown Court heard how the evil couple fooled doctors three times when they noticed bruises on the baby’s face and jaw.

The couple, who met in 2016 on rural dating site Muddy Matches, claimed Eleanor’s injuries were due to an ill-fitting car seat.

This was after hospital staff raised concerns about saving Eleanor because Carly had ‘hidden’ her pregnancy.

Carly had a miscarriage before becoming pregnant again but she did not “acknowledge her condition and seemed to be in denial”.

The mum was rushed to hospital in September 2019 after complaining of severe stomach cramps, but insisted she didn’t think she was pregnant.

Doctors noticed Carly was not bonding normally with her baby in the days after she was born at Queen Elizabeth Hospital in King’s Lynn, Norfolk.

As a result, her case was branded a ‘concealed pregnancy’ as she seemed ‘anxious’ and said she was ‘not ready for a baby’.

She was rushed to hospital but unfortunately could not be saved and died the following day.

Tests revealed the baby had suffered an ‘appalling catalog of injuries inflicted’ and was a ‘malnourished infant’.

Christopher told police his daughter was injured when he had to brake in an emergency on his way back from dropping his wife off at work for a shift at a pub.

He said he heard a “scream” from Eleanor as the car slowed from 50mph to 5mph.

The father also spoke with paramedics on the way to the hospital about how he performed CPR on cows, but not on a person, so ‘he might have been a little hard on the baby’.

But doctors found she died of a ‘brain injury incompatible with life’ after being subjected to ‘a form of jolt with impact to the head’.

Det Insp Lewis Craske of the Norfolk and Suffolk Major Investigation Team, said: ‘My thoughts today, as they have been throughout this investigation and always will be, are with little Eleanor.

“She was just 14 weeks old when she died, but she had 31 fractures to her fragile body and three separate bleeds to her brain.

“Eleanor’s parents, the very people who should have protected and loved her above all and everyone, abandoned her on an unimaginable scale from the moment she was born.

“She was neglected for much, if not all, of her short life. She deserved so much better.”