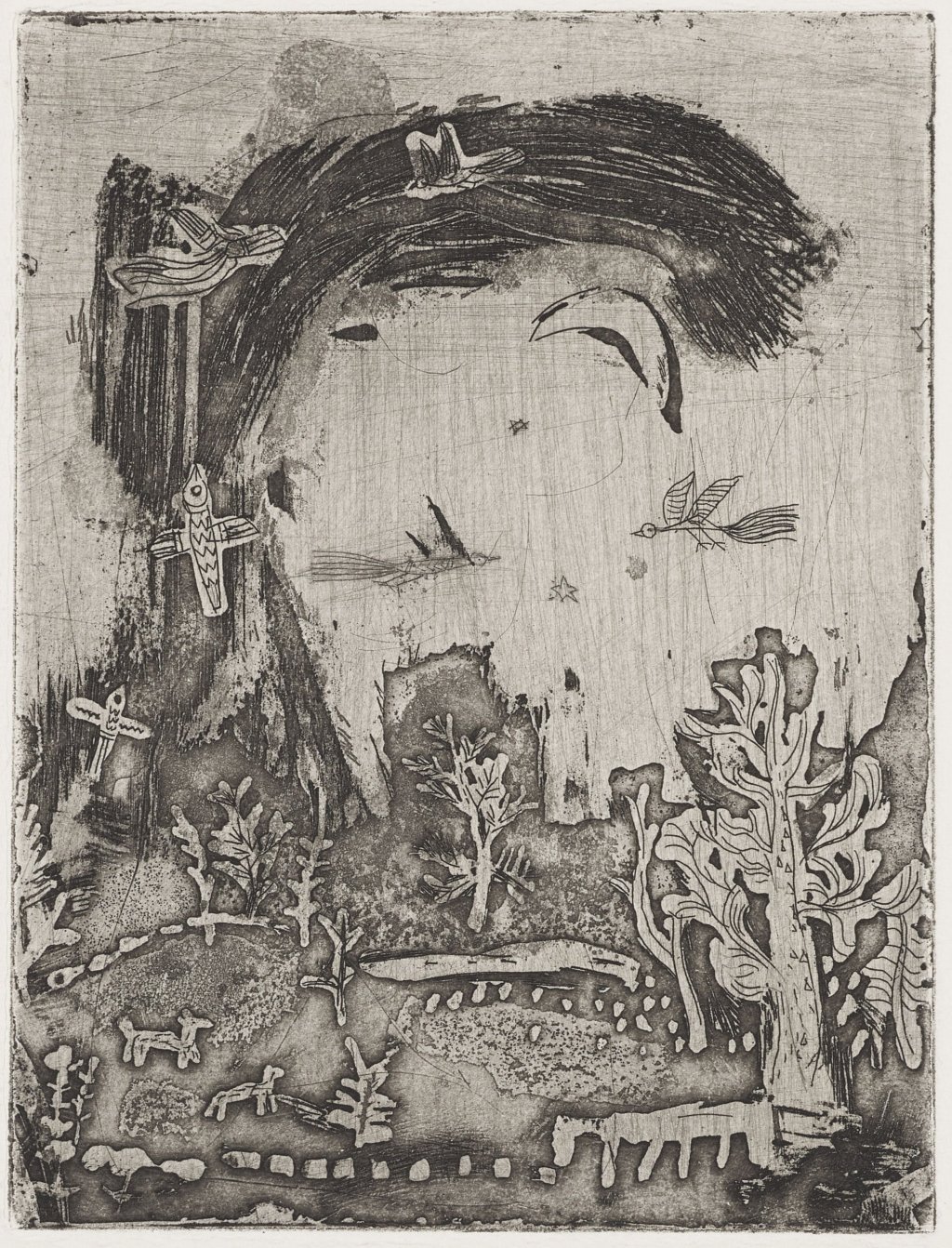 Hong Kong’s new M+ museum has announced a major donation of works by prominent Chinese artist Zao Wou-Ki, who died in 2013 at the age of 93. The group was donated by the artist’s daughter-in-law, Sin-May Roy Zao.

According to a statement from the museum, the 12 works, mostly done on paper, represent an understudied period in Zao’s prolific career in which he moved away from his large gesture paintings in favor of printmaking. The donation also includes early figurative paintings from the late 1940s and early 1950s, when the Beijing-born artist lived in Paris among artists like Joan Miró and Alberto Giacometti.

“Few artists have achieved the praise of Zao Wou-Ki. The avant-garde modernist master rose to prominence in the Parisian art world by integrating his Chinese aesthetic heritage with European artistic mediums,” the museum wrote on Instagram.

Zao is considered one of the greatest talents in recent Asian art history, and his paintings – which can easily fetch over $65 million at auction – have become difficult to acquire for a public collection because they are so expensive. They were popular because Zao was able to mix styles from European modernism and Chinese visual culture.

Roy’s gift includes nine prints dating from 1950 to 2000. Addressing the South China Morning Post, Lesley Ma, Curator of Ink Art at M+ Museum, called the printmaking process a “wonderful playground” for Zao. She added: “You can see how he was trying to incorporate aspects of the tradition of calligraphy and landscape in ink. It was an interesting main medium for him.

The first of two oil paintings, open air theater (1945), is one of Zao’s first forays into figuration, and the second, Siena Square (1951), was only painted a few years later but already bears the influence of Parisian emigrants, in particular Paul Klee, whose work left a strong impact on Zao.

Zao left Paris in 1958 following a painful breakup with his first wife, Xie Jing-lan. For a brief period thereafter, he returned to Hong Kong, where he met his second wife, actress Chan May-kan, who died in 1972. The two returned to Paris with May’s daughter, Sin-May, and s settled in a house near Alberto Giacometti’s studio.

“Although the influence of Paris is undeniable throughout my training as an artist, I also want to say that I gradually rediscovered China,” Zao once told Christie’s. “Paradoxically, perhaps, it is to Paris that I owe this return to my deepest origins.”