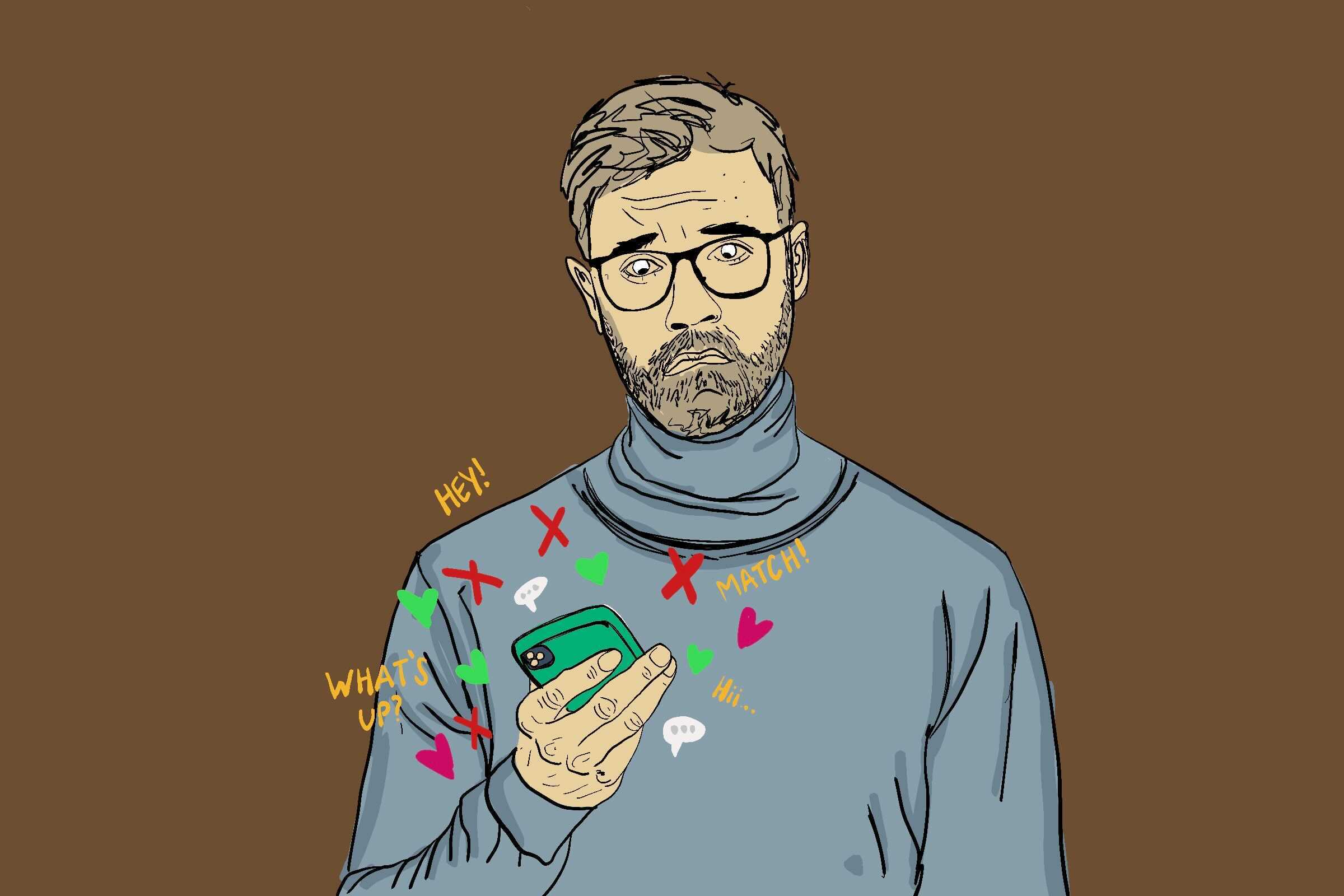 Dating is undoubtedly one of the most enticing activities of the college experience. On Sunday mornings, you have to walk to the library, pass empty liquor bottles — and sometimes, if you’re lucky, vomit — on the lawns of the houses around campus. Along with this cheeky culture comes the pervasiveness of college hookup culture – whether it’s just for the night or even for a casual relationship.

Last month I had one of my most confusing Tinder interactions. Yes, Amadou. Probably not the best place for someone with my dating intentions. Alas, the pursuit continues.

It started out amicably — she asked me if I was Jewish, a topic of conversation that seemed so out of left field to me that it left me taken aback. But if there’s anything you should know about me, it’s that I love a good conversation about religion. Maybe that was the deeper something I was looking for.

She was cute and mature (meaning she was older than me). She was from Oregon and her biography read “nature girl”. The inner granola child in me glowed with excitement. I imagined us on our first date: a hike in a local nature reserve, accompanied by a cup of tea. Maybe I’ll even cook his dinner afterwards with my limited chef skills. And just as I was about to ask her for a hike, I realized I had to slow down; the conversation hadn’t fully developed, and I didn’t want to come across as—for lack of a better word—desperate. It’s a fine line in the dating world, as I’m sure you know. So I instead joked about my background and interests, hoping to create some witty banter. Ahh, how we love witty jokes.

The short conversation got me excited that something is developing. That afternoon, she double-texted me, asking for my Snap.

Shit. I think of myself.

“I found it diverted my attention – it was empty.”

So I give her my number, telling her to contact me if she wishes. I jokingly ask her why she’s so determined to get my Snapchat, including a sneaky emoji to lighten the mood. At this point, her flirtatious response makes it clear what she’s looking for – she just wants… photos.

The word alone gives me what my friend calls “the ick”. I mean, who the hell wants to be like, “ah, I just met you, and I’d like some nude pictures of you so I can have a sense of accomplishment in getting them and also a sense of intimacy and privacy. fleeting excitement.”

I would be lying if the other part of me wasn’t intrigued. Maybe even stuck on the prospect of something in development. I give her my Instagram instead, to which she replies:

The answer rang in my ears. What? Now I am lost. First she asks me my religion, now she just wants pics of my body? And what will she do with it? I mean, given that they’ll probably just be a screenshot, whatever. What started as a simple daydream of going for a hike ended with someone just asking for nudes. Oh, how things are turning…

To which she says “You don’t have to be mean with it.”

“I’m sure you’re used to guys being assholes here, but the real reason I don’t Snap is because I don’t ask for nudes. Make this information what you want.

The reality is – in the end – for a second I thought about playing the game. A bit of “casual fun” to use his words, verbatim. Something I wasn’t exactly looking for (not to mention an older friend advised me not to for privacy reasons). A short-term illusion for what I really want.

So I left her last message (she asking for pictures (*ick*), only more explicit this time) sitting down. The ticking of the clock. Would I answer? What would I have answered? And as I sat there, she disfigures me, leaving me lost, angry and confused, my dignity stolen.

I felt like maybe I should have played the game, like most other guys in college Tinder would have eagerly done. Maybe she felt like I was a jerk because – being the attractive girl that she is – she’s probably used to getting nudes from guys on Tinder, and I just wasn’t delivering not (literally).

So here is. I’m sorry (not sorry) that I’m not on Snapchat…I guess.

It’s clear that among UM students, Tinder is actually a hookup app. Studies show that 80% of college-aged men using dating apps are looking for casual hookups compared to 55% of female students, and what’s more, there’s evidence that our sexual behavior is shaped by the peers around us. So the more your peers search for dates, the more likely you are to search for them as well.

The success rate for finding a long-term partner on dating apps is low, but perhaps this tells us something: dating apps aren’t exactly for finding our best partner, but rather for meeting the needs emotions that come with finding a meaningful relationship.

It may seem obvious, but Tinder has no incentive for our romantic success. Their activity depends on our active and addictive behaviors. What does this mean for us? That ultimately their job is not to create matches, but – like other social media platforms – to encourage and create dependency on the platform and even prevent us from successful correspondence. In other words, Tinder’s goal is not to create high-quality matches that would inevitably drive us away from the platform. Platforms like Tinder apparently serve as an outlet for those who are highly motivated for romantic encounters, and Tinder perpetuates this need. College provides study, extracurriculars, and socialization; who has time for a relationship anyway? Nevertheless, we are still participating in the pursuit.

But back to my experiences. Spring break is coming and my friend tells me she thinks I should just delete the dating apps for the week. And I agree with her, but it’s still hard to live with. We fantasize about a world where dating isn’t a thing, maybe where we find a lover and skip all the mess that comes with dating; skip all ambiguity and all conflicting intentions and desires. Wouldn’t it be so simple? But that’s not the point.

Pursuit is an individual process that requires a healthy level of self-awareness and perhaps an equal amount of trial and error. I would be lying if I said that I haven’t succumbed to modern college culture to some extent, falling and learning along the way. I’d also like to think that I’m still pretty innocent, secretly wanting a hike in the woods and a chance for privacy. I know people who got married using dating apps, and I’m happy for them. I know people who have taken other things from dating apps, and it’s been great for them too.

My peers and I talk about how connecting organically (i.e. not through dating apps) can enable a form of self-selection that dating apps cannot; that the groups we interact with frequently are more likely to attract individuals with whom we are willing to experiment, and even create long-term partnerships. So I recently decided to take a break from dating apps, temporarily removing them in all their glory: all the swipes, pick-up lines, and fleeting conversations. This time I met my match in person. It’s true: no small photo with a red dot on it. No corny pick up line. No immediate request for photos. And it feels good.

Isaac Mintz is a senior podcast editor and can be reached at [email protected].