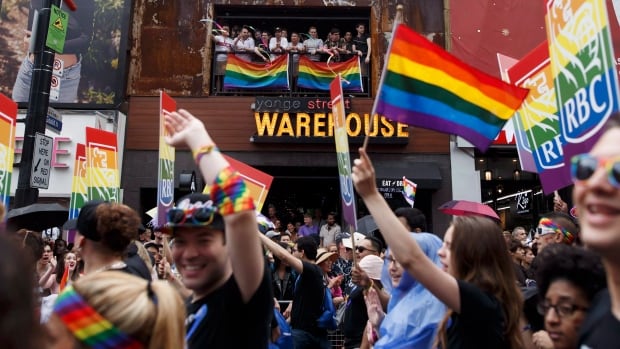 A Toronto man has been arrested for allegedly targeting the city’s LGBT community through a scam that police say began with an online connection and ended with the man sending electronic money transfers from victims’ phones.

Police have identified five victims and believe there may be more, estimating total losses so far at around $30,000.

“In all cases, the victims were simply looking for companionship,” Det. Jason Contant said at a press conference Thursday. “Instead, they were deceived for financial gain.”

A 20-year-old man was arrested in connection with the March 2 robberies and now faces a number of charges, including 11 counts of theft under $5,000, possession of stolen property and 15 counts of use unauthorized credit cards.

Police allege the accused targeted his victims from November 19, 2021 to February 23 using social media and dating apps. After meeting the victims in person, he eventually went to their home, where he asked to use the victims’ mobile phone, according to police.

According to police, the man then sent himself wire transfers and made purchases with the victim’s credit card information.

The credit card information was also used to make multiple retail purchases at multiple locations, as well as Uber transactions up to $2,000, according to police.

Police said on Thursday they fear the level of manipulation used in the robberies could drive other victims to silence. They also say they believe some of the victims were targeted because of physical and learning disabilities.

“Victims of this type of crime often feel embarrassed and humiliated and may not want to report it to the police,” Contant said. “No one should feel like this.”

Conant added that police do not believe the accused acted with an accomplice or used advanced technology to carry out the robberies.

Organizations can help if victims fear going to the police

Toronto’s LGBT community has a long and checkered history with the police that includes unsolved murders, bathhouse raids and what many in the community describe as excessive surveillance.

Last summer, a independent review Toronto police’s handling of missing persons cases, including victims of serial killer Bruce McArthur, found that “systemic discrimination” had contributed to the failures of a number of investigations.

At the time, one of the review’s leaders, former judge Gloria Epstein, wrote: “My extensive engagement with community members and organizations has confirmed that many people have a deep distrust of the police in Toronto.

But a Toronto LGBT advocacy organization says there is a need for the community to work with the police.

“We are working with the Toronto Police, with other services … to make sure the most marginalized people get the support they need,” said Curran Stikuts, director of community relations at 519, a charity located on Church Street. press conference.

He noted that if people don’t feel comfortable going directly to the police, 519 and other community agencies can help them with any reports.

“Lack of trust and stigma go hand in hand”

Praney Anand, executive director of the South Asia Alliance for AIDS Prevention (ASAAP), offered another reason why victims might not feel comfortable talking to the police.

Even though there are many places in Toronto where the LGBT community is celebrated, the stigmatization of gay people and their intersecting identities is still a systemic problem in our society, he said.

“If you don’t feel comfortable being open and open to the world, chances are you’re not going to talk about your vulnerabilities.”

Why fans think Ella used Tinder to cheat on Johnny