I jump when the lights come on, only to open my eyes and see years of heritage preserved in one room unfold before me. As I entered the palace, like the others, I hoped to read the story of the Wodeyars and their continuing legacy. I had no idea that my “special” guide and a certain left turn would take me to a room reserved for the privileged few.

The original palace was made entirely of wood. And its current construction took 14 years. The palace complex is also home to 12 temples, the oldest dating from the 14th century.

Rebuilt over the years, the first construction of the Palace dates back to the 14th century. What now touches the city skyline was designed by British architect Henry Irwin – in the Indo-Saracen style – built in 1912, and is the fourth structure to occupy this site. As I continued to marvel at the structure and its intricate designs and patterns, I was told that a surprise awaited me later that evening.

Come to think of it, Mysuru is a very welcoming city, because of its climate, its people and even the color of most of the buildings – a pale yellow. And following that yellow trail, I made my next pit stop – Devaraja Market. Dating from the reign of Tipu Sultan, this market remains historically and culturally important. What was a weekly market at the time, is now a full-fledged daily affair and a regular meeting place for locals. From fresh flowers to fruits and clothes, you name it and you find it. As I made my way through the dark alleys of the market, photographers, amateurs and professionals alike, were commonplace. 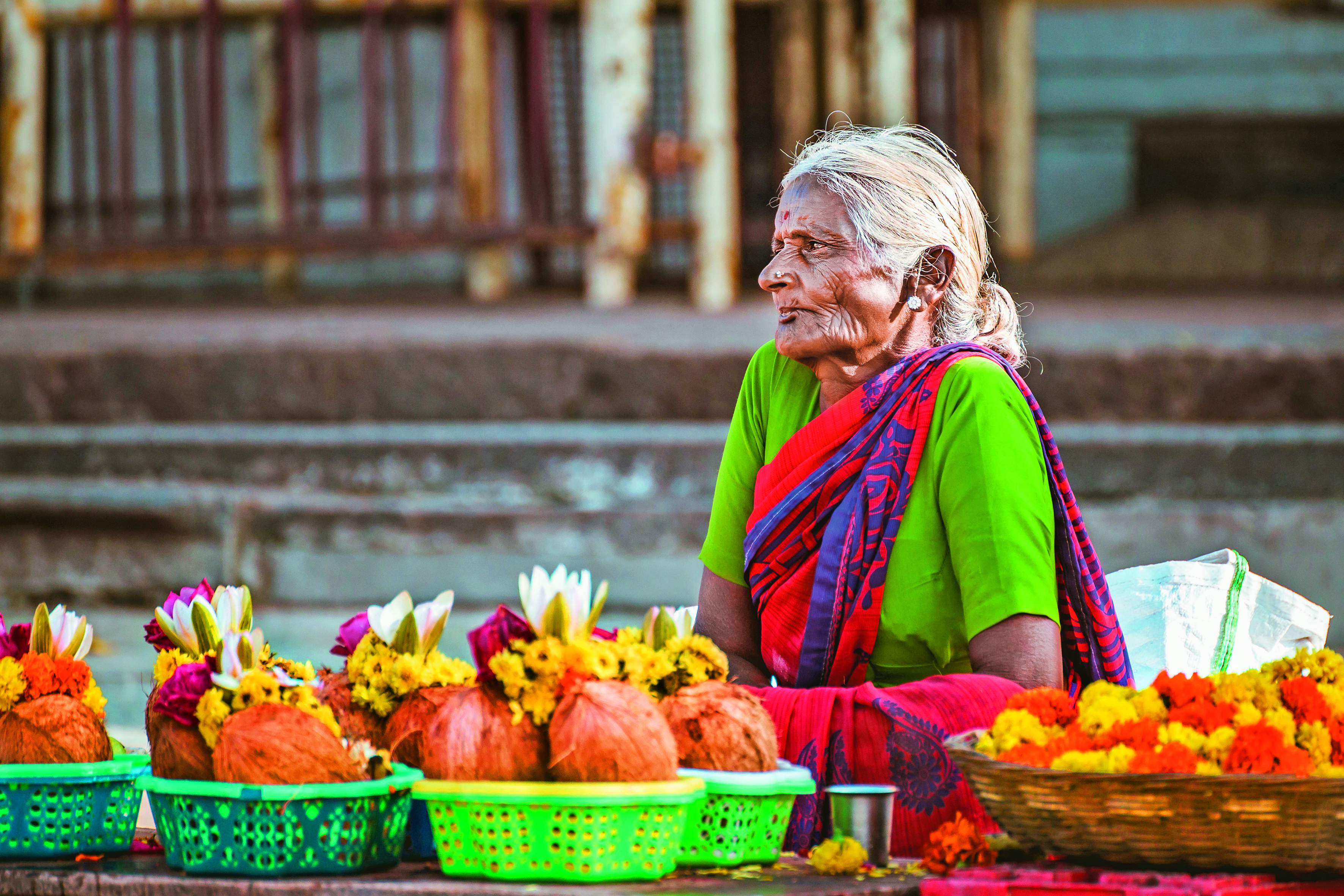 Another must-see structure here is the clock tower. Previously used as a platform to make all the necessary announcements, local hawkers, afternoon naps and some locals cherishing the legendary Mysore pak are now encroaching on the space. Coming to Mysore pak, it is at the beginning of Devaraja market that you will find the original makers of the candy. Accidentally discovered in the royal kitchen, the legacy of Mysore pak continues in a humble corner store – the Guru Sweet Mart, adjacent to the market entrance. However, the royal secret recipe has been shared (or maybe discovered) and across the street you’ll also find Bombay Tiffanys and a motley crowd trying to make their way inside the store. 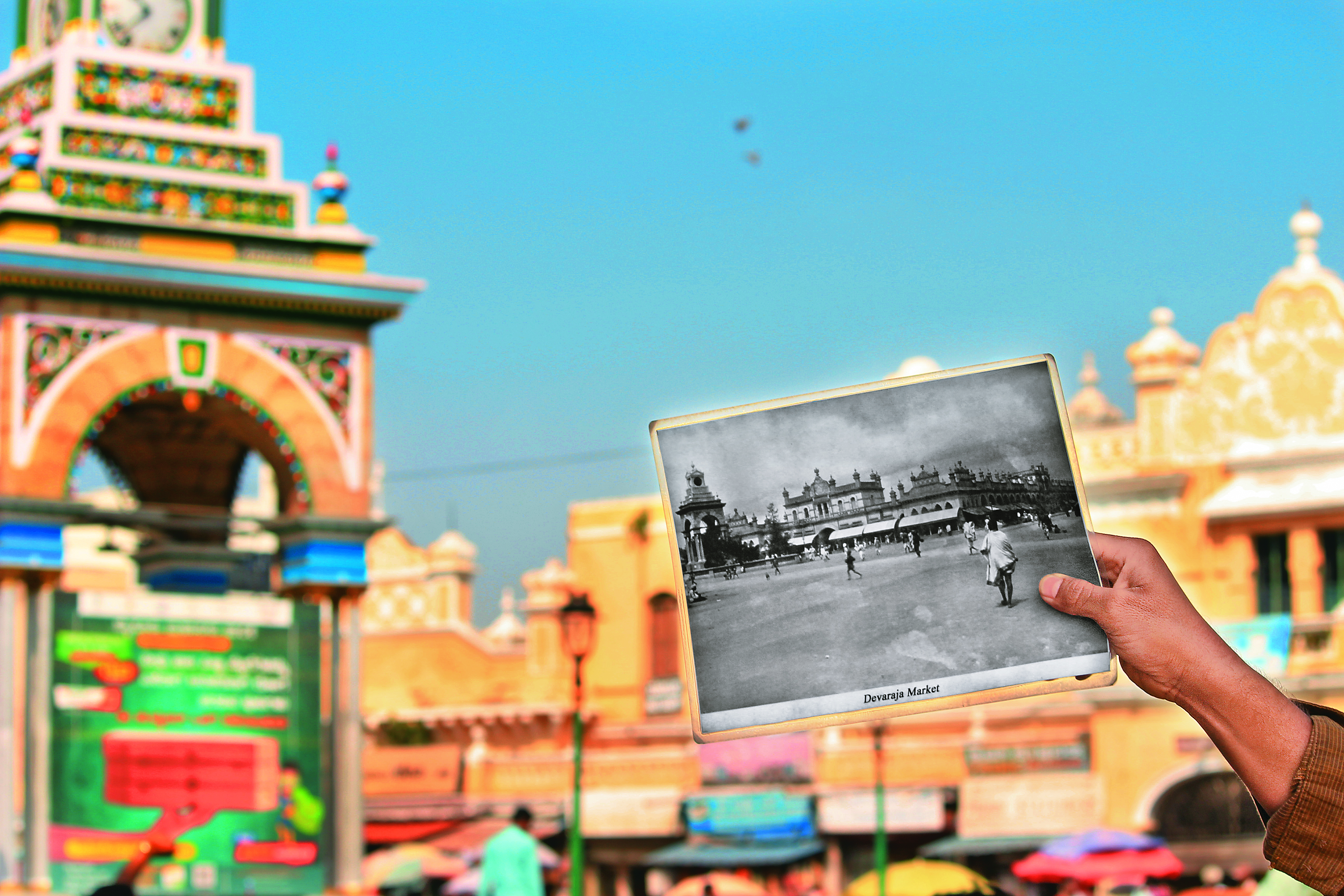 As the day wore on and the temperature rose, my naive mind thought the afternoon was going to be gloomy. But it only took a few minutes for Sachin – the Gully Tours showman – to shake me out of sleep and show me the “Hidden Mysuru”.

The city’s rich history, culture and heritage are manifested here in the little things. The statues and installations that can be seen all around the city are one example. 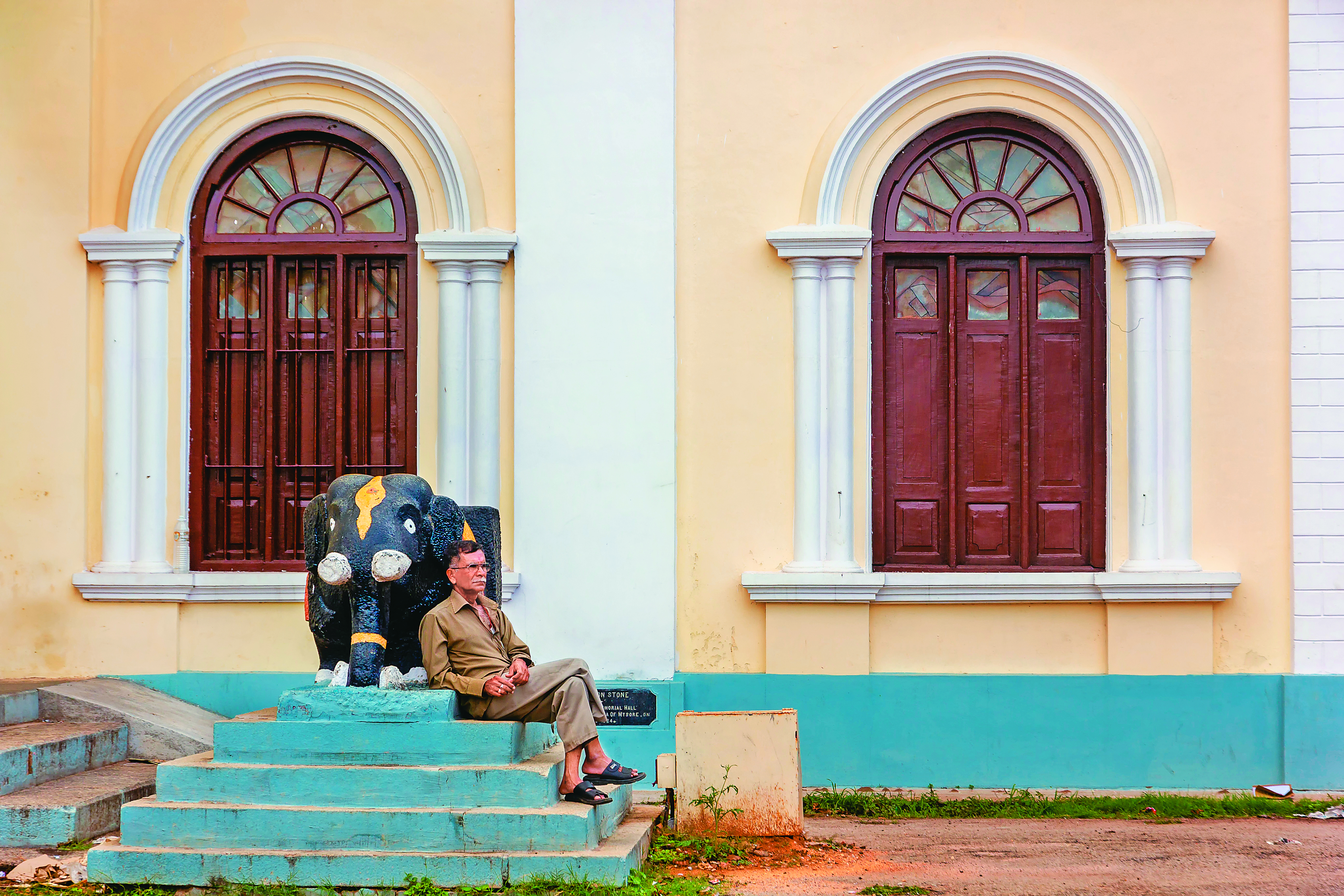 The secret behind these convoluted knots is the heritage, skills and craftsmanship of Arun Yogiraj. Coming from a family of sculptors, it was Arun’s grandfather – B. Basavanna Shilpi, a renowned artist of the palace – whose skillful hands at work drew his grandson’s attention to this form of ‘art. Using his grandfather’s drawings – done and tactfully preserved on paper – as references, Arun delivered life-size white marble sculptures of Dr BR Ambedkar, Sri Ramakrishna Paramahamsa as well as that of Maharaja Jayachamarajendra Wodeyar (who was a huge 14.5 feet). Working in his house-studio, Arun calls his house his first school. “My dad and grandfather wanted to keep every stone alive, each of their blows on leave marked me,” he said shyly. No wonder he is called the modern architect of Mysuru.

While Arun’s work is spread across the city, one of his most notable facilities can be found at Mysuru Station, which has caught the attention of travelers a lot. 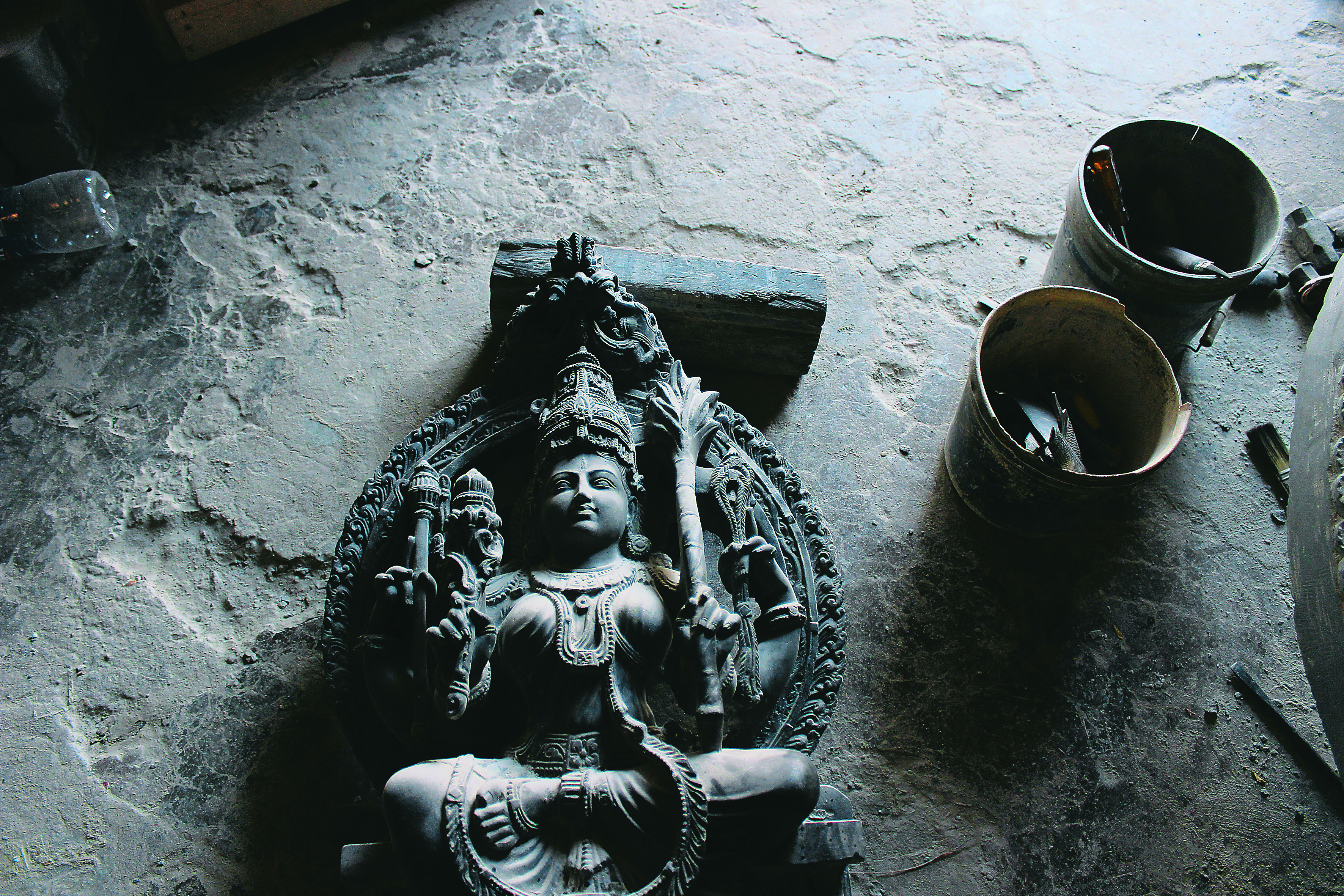 A short drive away awaited another wonder in the form of a tiny but completely spellbinding art form – the wood inlay. The rulers of Mysuru – the Wodeyars – sponsored this art form, which is reflected well within the palace boundaries. Rosewood is used to create most end products, but various types can be used – such as jackfruit, champa, etc. – depending on the desired texture and color. If some records are to be believed, rosewood marquetry dates back almost 400 years.

As I tried not to trip over various wooden logs and tools around the dimly lit workshop, I was familiar with the rather long and tedious process of creating a single piece of art. The process begins with a detailed product sketch – with clearly marked dimensions and colors. The craftsman then cuts out the figures by placing them on various pieces of wood. Later, small depressions are made on the base to accommodate the cut-out patterns. The intertwined pieces of wood are then placed on the surface, nailed together and flattened by passing them through a power press. Post this, they are polished multiple times to give them the glossy finish we see them in.

Before I knew it, the sun had made its way to the horizon and was now partly visible, coloring the whole town in shades of pale orange and pink, complementing the existing yellow. Although exhausted after the long day, I still anticipated my surprise as we made our way to the Palace again. 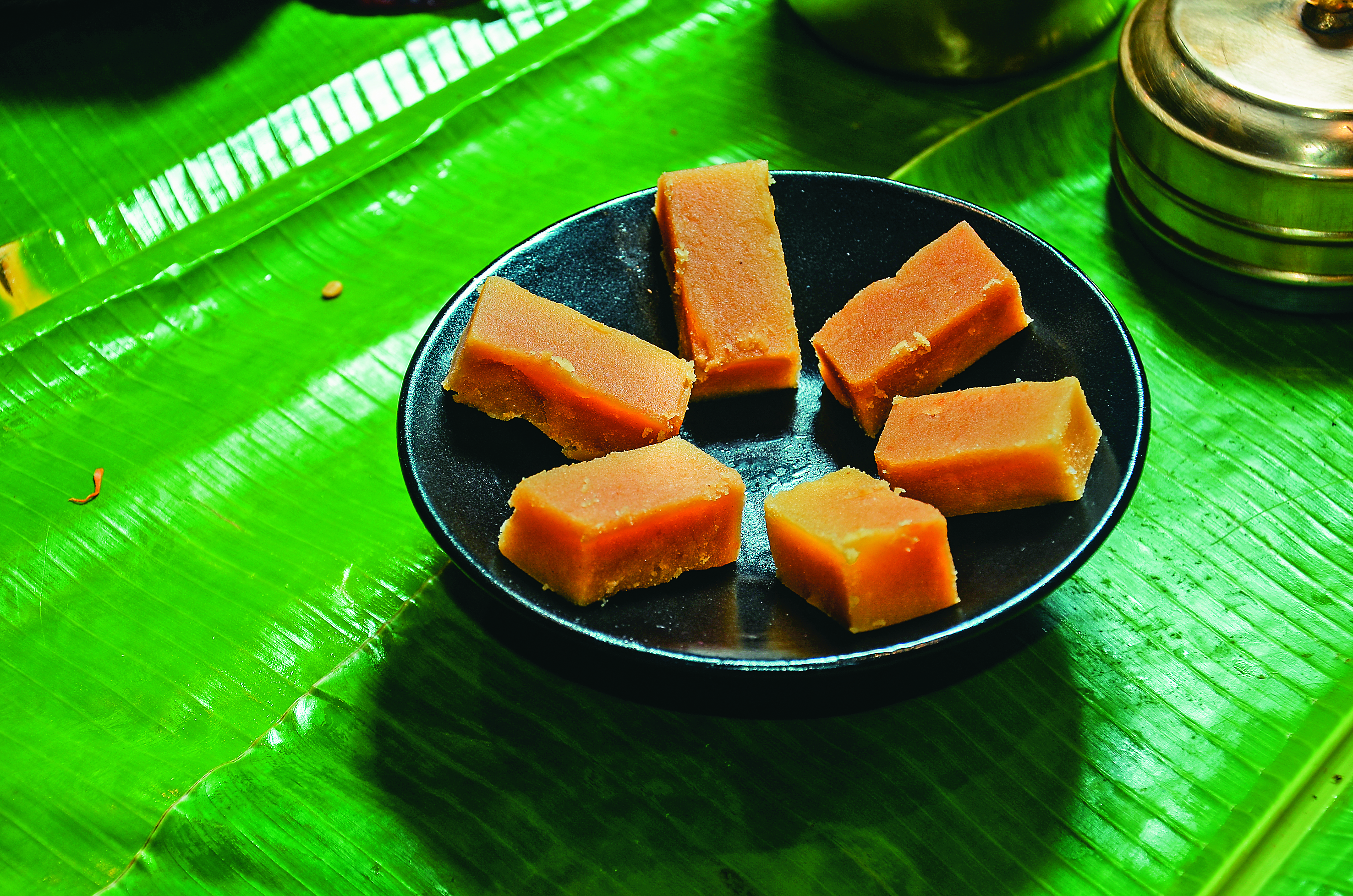 To awaken your taste buds, pass by the famous Mysore masala dosa and try the Mylari dosa. Extremely sweet and tasty, it is served with spoonfuls of butter. 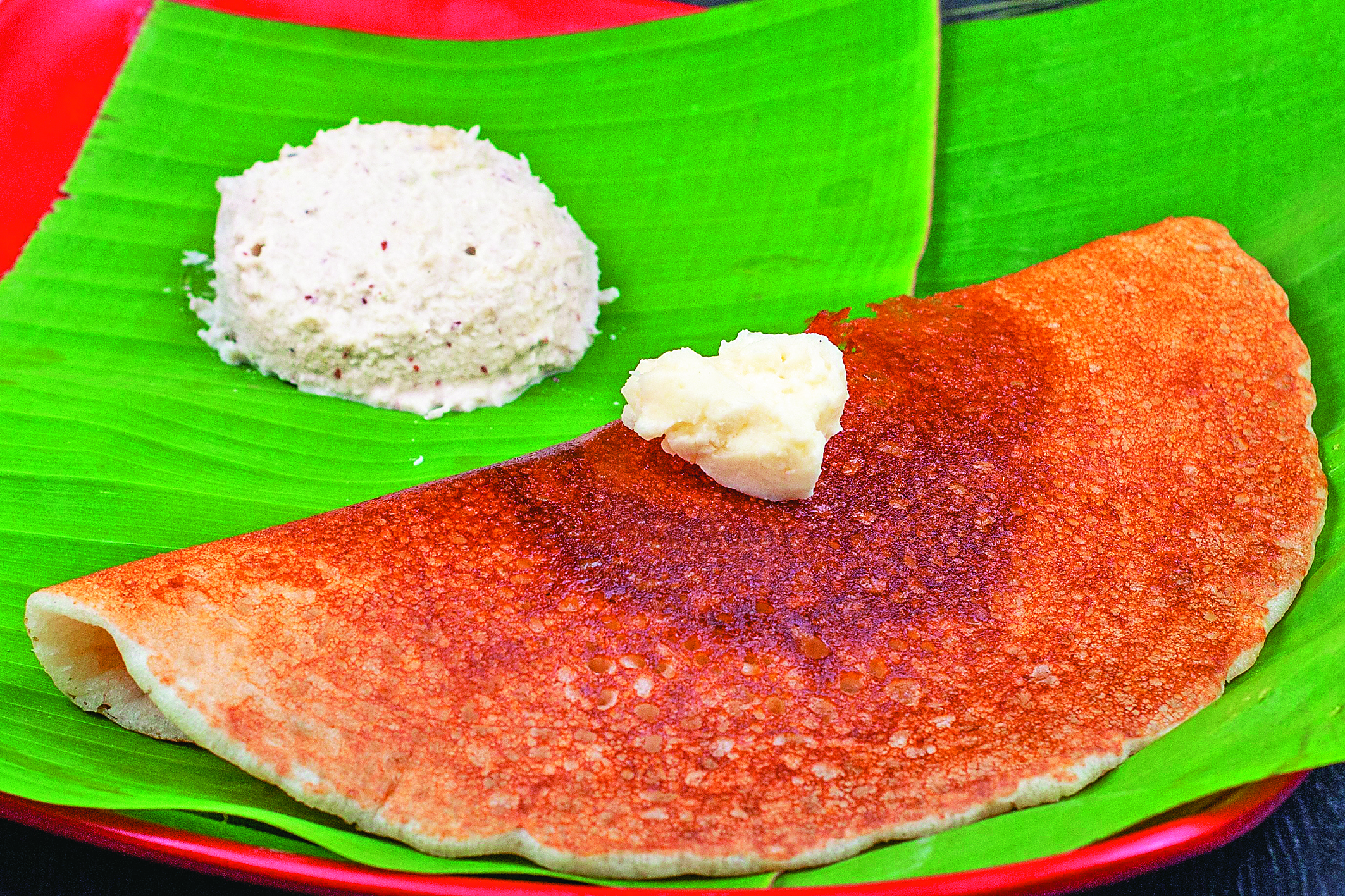 It was only a matter of fractions of a second – the sun drowned quickly, the moon rose quickly, and a thousand incandescent bulbs lit up on the surface of the palace. My eyes were shining, in part from the light from the bulbs and the magnificence of the Palace after sunset. With this image etched in my head, eyes and heart full, I retired only to plan my next visit.

University of Tokyo publishes book on Qajar-era bazaars and caravanserais