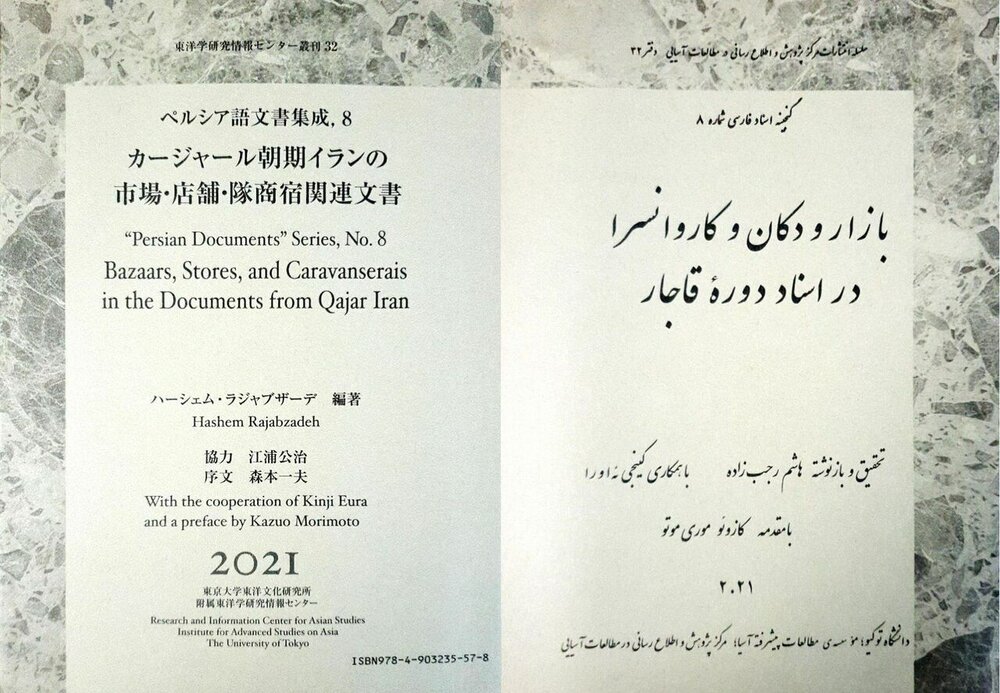 University of Tokyo publishes book on Qajar-era bazaars and caravanserais

TEHRAN – The Institute for Advanced Asian Studies at the University of Tokyo has just published a book on Iranian bazaars, stores and caravanserai dating from the Qajar period (1789-1925).

Kazuo Morimoto, associate professor at the Institute for Advanced Asian Studies, also wrote a preface to the book, which is # 8 in the Persian Documents series.

The book was published in 188 pages and in two parts, â€œShops and commercial offices, and Professions and businessesâ€ and â€œTaking possession and rental of caravanseraiâ€.

Legal matters such as the assignment and transfer of property, the rental of shops and caravanserais have been addressed in certain chapters.

Rajabzadeh, retired professor from Osaka University, provided detailed information produced on the basis of reliable documents on various aspects of Iranian economy and society during the Qajar dynasty.

â€œSo far, a collection of confidential documents on Iranian history and society from different periods has been published by this institute and other Japanese academic centers, as Dr Rajabzadeh has played a key role in this area. He introduced Iran to Japanese academics and the country’s academic community through his work, â€Iranian cultural attachÃ© Hossein Divsalar said.

“One of his great efforts and achievements in introducing the history and culture of Iran and Japan is the translation of travel accounts of Japanese adventurers from Iran and other countries of Western Asia, â€he noted.

â€œThese travelogues provided an in-depth insight into Japanese adventurers’ knowledge of Iranian history during and after the constitutional movement,â€ he added.

Rajabzadeh, 80, was a professor of Persian language and literature in the Department of Foreign Studies at Osaka University.

On May 23, 2009, in a ceremony, he was awarded the Order of the Sacred Treasure, awarded by the Emperor of Japan for his 27-year efforts to introduce Iranian culture and civilization to Japan and to introduce the culture and Japanese literature to Iranians.