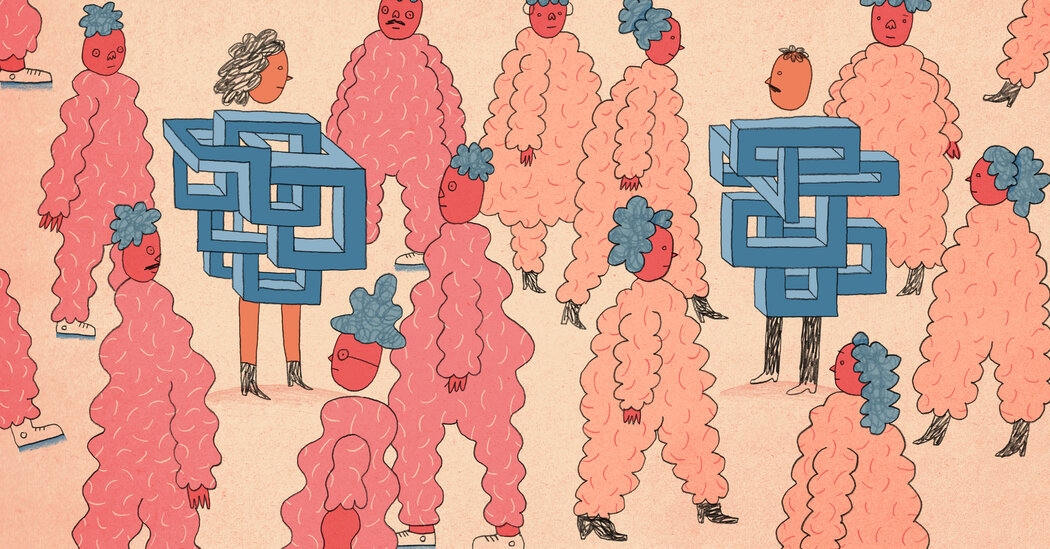 We wanted to go our separate ways. OkCupid had other ideas.

Four years into our marriage, my husband found me on OkCupid.

I had only joined the site to view his profile. He had made a commitment to find someone else.

A friend helped me with the long registration process after we returned home from our weekly two ounce glass of Muscat at the Mission Inn wine bar. Neither of us was a real drinker – I was new to alcohol in my mid-forties – and it was all we allowed ourselves, that little sip of sweetness.

“What name should I use? I said, curled up on my couch as my friend sat at my desk with my laptop, feeling relaxed and pleasantly tired from the wine. “I certainly don’t want to use mine.”

“What about Glittergirl?” ” she said. She was a big fan of glitter; I often found myself with sparks on my skin and hair after hugging her. I wasn’t into glitter or anything to do with makeup, but gave him the go ahead to type it. I had no intention of using the site for anything other than recognition.

“Glittergirl” was already taken, so we took a rather crude alternative. It’s not real anyway, we thought, so why not have some fun with it?

My husband and I had been separated for a few months at that time and he had recently started seeing a woman he had met on the site who was in an open marriage. We had considered opening our own marriage after I developed an obsession with a man I knew who lived across the country. My husband even ordered books like “Opening Up” and I read them with great interest, but it became clear that I was not capable of the deep and honest communication necessary for such an arrangement to work.

I was in a tunnel vision of infatuation, my heart squeezing out of those narrow walls, tight against the husband I had been madly in love with not so long ago. I decided to move out, land with our 3 year old son first in a motel, then in an apartment in my father’s retirement community, and finally in the little cabin where my friend and I were now sitting. , filling out my dating profile.

I hadn’t seen much in my life. I had a serious boyfriend in high school and a few adventures in college before I met my first husband at the age of 19; we stayed together for 20 years before we got divorced. Eighteen months later, I found myself pregnant with my then-boyfriend and we decided to get married. Soon we would experience a series of seizures – my mother passed away right after our baby was born and my husband’s mother passed away less than four months later, causing our new marriage to break down. My obsession with this other man made him crash to the ground.

OkCupid led me and my friend through what felt like an endless quiz, asking questions about the various ons and offs and ways of looking at the world. My friend read the multiple choice questions aloud, some of them like “To some extent, wouldn’t nuclear war be exciting?” – made me shake my head. In response to the question on who I was looking for – male, female, or both – I checked “both”.

There were a few sexy questions, and I chose the craziest answers for fun, but those answers also seemed true in their savagery, answers that spoke of desires that I might have followed if I hadn’t. hired at 19, if I hadn’t first become a mother at 22. I wouldn’t have changed those early decisions, but I had to ask myself: what if I had given myself permission to play more, to ask for what I really wanted? What if I had allowed myself a bigger sip of sweetness?

Then my friend read a question that struck me: you are getting married. Five years later, you realize that was a mistake. Discussions and advice made no difference. You no longer love your partner. He / she still loves you. Do you decide to keep trying – marriage means commitment – or divorce?

“Let that one go by,” I said, fighting back my tears. Separation was clearly better for us than living together, but something in my body resisted the word divorce.

She looked at me before moving on to the next question: “How much affection can you have?” “

I chose the first answer: “Infinite”.

When we were finally done, the site came up with a list of recommended matches. I was shocked to see my husband at the top, almost 100% compatible. Apparently, he had also allowed himself to be honest about his wildest wishes. His profile was serious and thoughtful – he was studying to be a yoga teacher and learning the guitar, journeys he embarked on after our separation. The photo he used was a cute photo I had taken of him in a tree, looking up at the sky.

The woman he was dating was also at the top of my list, whose profile made her look like someone I would like to know. It offered some intriguing possibilities, but I was too invested in our separation and romantic fixation to come up with the trio so ripe for the picking.

The possibilities bristled everywhere I went. Removing my wedding ring had been like removing an invisible shield, the one that had protected me from frank gazes, strangers entering into conversation in public places. As much as I had wanted to broaden my horizons, I did not find this new attention amusing, welcome or liberating. It was predatory.

This is also what the sudden flood of dating site posts felt, all the daring images and straightforward descriptions of what these strangers wanted to do to my body, a body they could only imagine because I didn’t. had not posted a photo. I wondered if my rude username had emboldened this endless stream of suggestions, but I learned from friends that it goes hand in hand with the territory.

I did not respond to anyone’s advances; maybe I wasn’t cut out for it.

Then I got a sweet message, “I see we’re at 98 percent. How would you like to meet and see what life has to offer? “

It was from my husband.

I could feel a corner of my heart starting to thaw, I could hear “He’s a good man” whisper from that same spot, but he froze quickly. I wasn’t ready to soften up to him, wasn’t ready to let go of my stubborn attraction to this other man, even though I had started to think that I didn’t mean as much to him as he did to him. me, a suspicion that quickly manifested itself during a five-day trip together, and in his coldness towards me afterward. As I recovered from this rejection, I began to understand what I had done to my poor husband.

Neither of us had been at our best before and during our six-month separation. I became suspicious and dismissive as my attention was drawn elsewhere; he has become passive-aggressive.

My friend suggested that I ignore my husband’s message the same way I had ignored everything else, but a part of me – maybe that part that couldn’t say “divorce” out loud – wanted to tell my husband he wrote to me, wanted to tell him why I joined the site in the first place.

I thought he would find that hilarious. But when I told him, he was angry and hurt, and when he told the woman he was dating, so was she.

“She feels like you are harassing her,” he said, and I felt bad. I hadn’t meant to upset her. And despite my bad behavior, I never wanted to upset him either. I had just become addicted to the infatuation endorphin surge, a limerence that stole my common sense as it quelled my own pain and grief.

It took us a few months for my husband and I to get back together, and much longer, of course, to rebuild the trust between us. We’re in a good position now, grateful for what really looks like 98% compatibility, grateful that we took another chance to see what life had to offer us together.

We are no longer interested in opening our marriage; instead, we commit to being open with each other, listening to our bodies, and letting each other know how sweet we desire. I still don’t drink wine very often, but when I do, I take a generous sip.