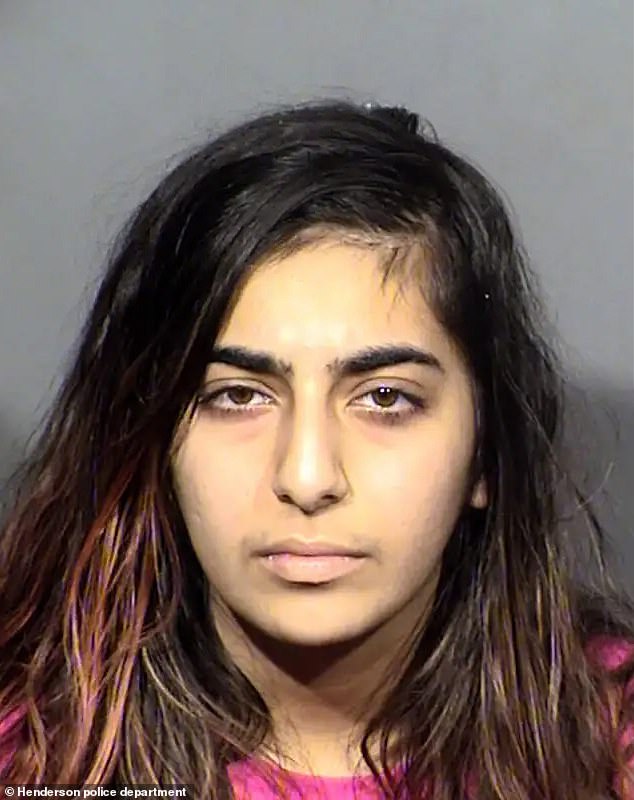 Iranian woman, 21, lures a man she met on the Plenty of Fish dating site to a hotel in Vegas, blindfolds him and stabs him in the neck in retaliation for the drone strike that killed the General Qasem Soleimani in 2020″

By Gina Martinez for Dailymail.Com

Las Vegas police have arrested a woman who allegedly stabbed her date she met online in retaliation for the US drone strike that killed an Iranian military leader in 2020.

The Henderson Police Department charged 21-year-old Nika Nikoubin with attempted murder last Saturday after allegedly luring a man she met on the Plenty of Fish dating site to bed to attack him with a knife, the Las Vegas Review-Journal reported.

Police said on March 5, Nikoubin and her date, who has not been identified, rented a room together at the Sunset Station Hotel where the 21-year-old turned off the lights and they began having sexual relations.

Nikoubin suggested that she could blindfold her lover but after covering his eyes, she allegedly reached into her purse, pulled out the knife, and stabbed him twice in the neck.

Police say Nikoubin and her date rented a room at the Sunset Station hotel where she blindfolded the victim as they began to engage in sexual activity.

The victim said he “felt pain on the side of his neck” and was able to push Nikoubin away, exit the room and call 911, police said.

Police said Nikoubin also ran out of the room and told a hotel employee that she had just stabbed a man.

Nikoubin would later tell police that she stabbed her date because she “wanted revenge” but didn’t mean to kill him.

She explained that she wanted “revenge against American troops for the murder of Qasem Solemani in 2020”, according to a police report.

It is unknown why she chose to lead the revenge attack on her date.

“She indicated that there were injustices, in particular the murder of Qasem Soleimani in Iran,” the police report said.

Iranian General Soleimani was killed when an American MQ-9 Reaper drone fired missiles at his convoy as it left Baghdad airport in 2020.

Soleimani was the head of Iran’s Al-Quds Force of the Islamic Revolutionary Guard Corps and is believed to be responsible for Tehran’s support for Shiite proxies stirring up trouble in the Middle East.

He has often been described as the most powerful figure in the country after its supreme leader.

After his death, a United Nations expert said that with no imminent threat to his life, the strike was illegal.

Police say Nikoubin ‘advised there were injustices, in particular the murder of Qasem Soleimani in Iran’

The victim’s current condition was not available, the Review-Journal reported.

According to her Facebook page, Nikoubin is a Las Vegas resident who previously worked as a front desk associate at Cycle Bar.

Her biography also stated that she attended the University of California, Los Angeles, where she was on the university’s debate team.

A 2020 Publish from the UCLA debate team listed Nikoubin as a third-year student and said 2020 was her first year as a JV coach.

On February 23, she checked in to Las Vegas, one of her last posts.

Nikoubin faces charges of attempted murder, assault and battery, and burglary of a business.