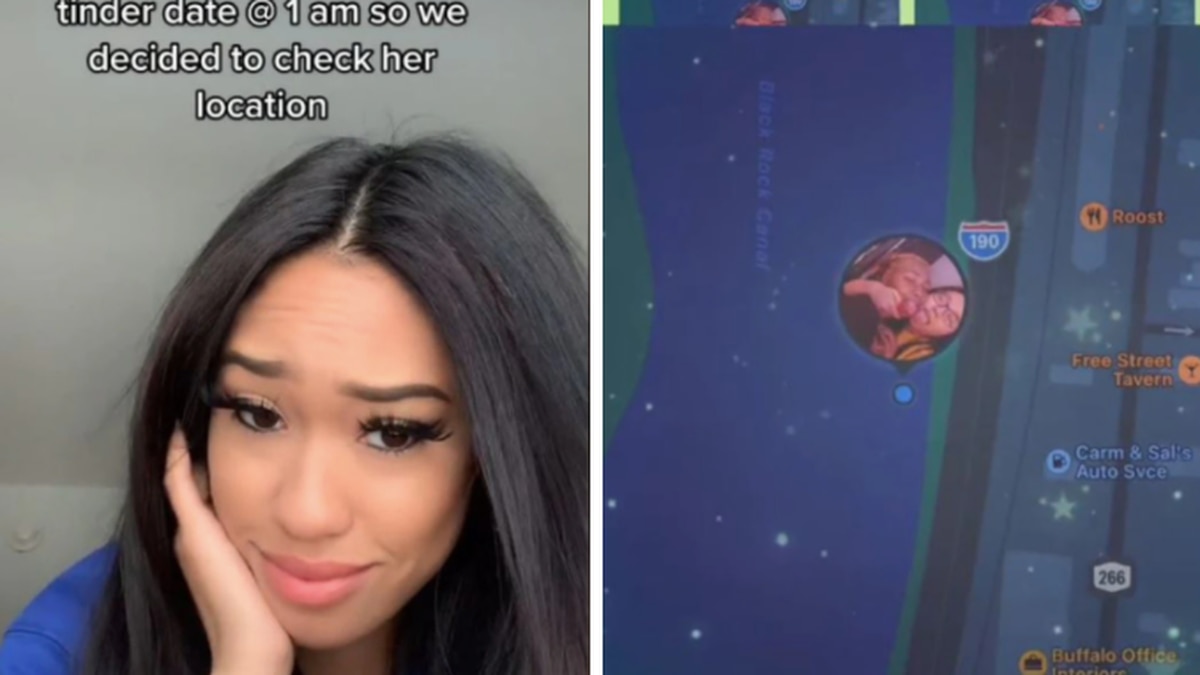 Em said she and her housemate Lisa were upset because Honey did the very thing they didn’t want her to do. Photo/emizly02/TikTok

A US woman has told about the disturbing discovery she made after she tracked down her roommate’s location while she was on a Tinder date in the middle of the night.

Em posted a video on TikTok where she explained she was worried about her roommate “Honey” who matched with a man on the dating app on Thursday. The two made plans to “hang out” at her apartment the next night.

Em and her other housemate Lisa told Honey she should not be with her date alone.

“We were like, ‘You know nothing about this guy’ so she invited him over and he agreed to come over,” Em said in a TikTok video.

Honey’s date arrived at the apartment and she went downstairs to open the door for him. But after 20 minutes, the roommates noticed the duo were gone.

“So we got concerned,” Em said.

“My roommate Lisa texted her, but she doesn’t respond for quite some time.

“And when Honey finally responded, she was like, ‘Oh he wanted to go get food so we went to get food’.”

Em said she and Lisa were “upset” because Honey “did the very thing we didn’t want her to do”.

“On top of that, she just left without saying anything to anyone. And it was one in the morning,” she said.

Still concerned about their roommate’s safety, Em and Lisa refreshed Honey’s location on the tracking app.

“At first she was near our apartment, but then she magically ended up on the other side of town,” Em continued.

“She was texting in our group chat for quite some time, and then she just stopped.

“Lisa looked at her location and she was in the middle of a canal.”

The housemates panicked after Honey didn’t respond to their texts. But she eventually messaged the group chat and said she was in her date’s car, which was parked “very close to the water”.

“Honey said she was feeling unsafe because he gave her a weird vibe that made her feel like she was in danger,” Em said.

“While they were at a canal, she told us he was very awkward, so that made her really uncomfortable.”

Em said Honey learned her lesson “to not go out with strangers at one in the morning”.

“Moral of the story, be safe and do not go out on Tinder dates without letting people know,” Em warned TikTok viewers.

“Please take precautions. It’s better to be safe than sorry. Honey was lucky in this case but that doesn’t mean you’ll always be lucky.”